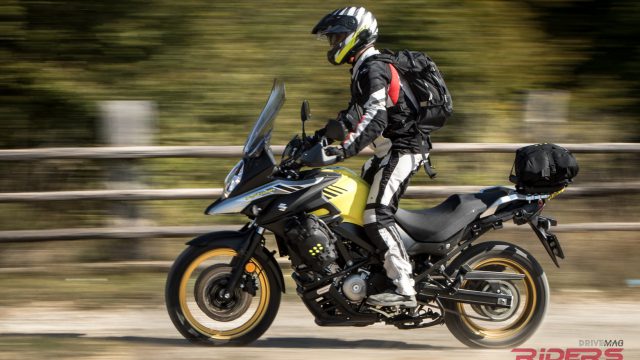 When it was launched in 2004, the V-Strom 650 came with an upright and comfortable riding position, good street manners and a reasonable price. The small V-Strom managed to outsell its bigger brother – the V-Strom 1000 and never got out of production. Now it’s time for the third generation of the middleweight V-Strom. So we took it out for a ride to see how things have changed in these years.

Suzuki’s V-Twin engine is more refined than ever there’s a different look, a slimmer fairing and narrower fuel tank and some welcomed additions such as the traction control. But not everything has been changed. For example, the 2017 Suzuki V-Strom 650 has the same fork and brakes as the original.

We took it out for a ride in on every type of environment – from the city traffic to highway, to curvy roads and soft enduro. Here’s our video. You can watch it below or directly on our YouTube Channel. Subscribe for similar videos!