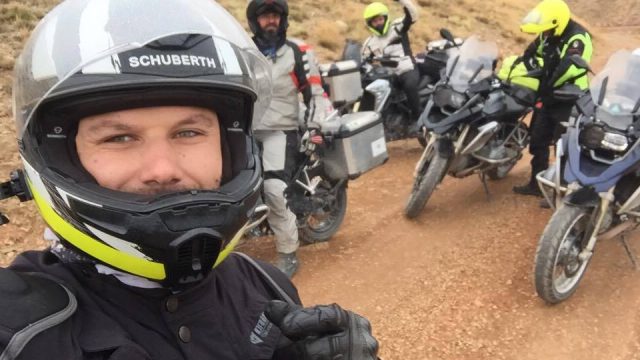 When you’re finally starting to get used to it, the chopper guy realizes that he ran out of gas.

Even if you’re a lonely wolf, at least once in your lifetime you’ll ride in a group. And by group riding, I’m not talking about a weekend blast with your best two friends. It’s when your friend brings his friend’s best buddy, and there are more than five people that don’t know each other too good. Well, this is the point when things get complicated, and there are a couple of things to keep in mind.

1. You’ll leave at least 45 minutes later than you plan. No matter the time you already agreed on the previous day. Then you’ll get back home at least two hours later. No matter the planning.

2. There will be someone to light its cigarette in that very moment when everyone else puts their helmets on. “Come on, man, it’s just a cigarette… five minutes”.

4. It will be an agony to find a good place at a terrace for seven people and their gear.

5. There’s a good chance that someone won’t let you upload an Instagram photo because his wife thinks that he’s doing some mattress and furniture research for an apartment upgrade instead of hanging out with “those slackers.”

6. There’s another good chance that one of your friends is so obsessed about posting photos to Instagram that everyone will know your trip. Better than you.

7. When you’re finally starting to get used to it, the chopper guy realizes that he ran out of gas.

8. You’ll get a 100GB Go Pro footage. In your mailbox via an online transfer service. You must be politically correct and download it.