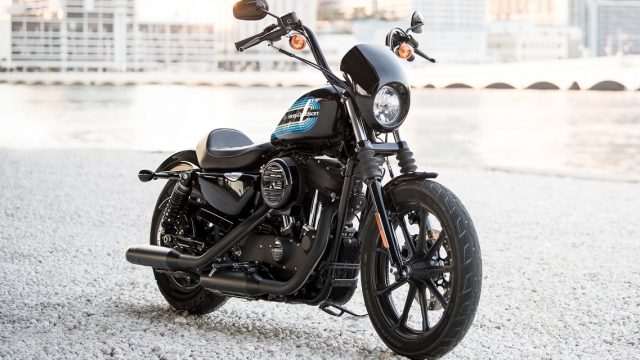 Manufacturers are flooding dealerships with new bikes that have that “I-built-it-myself” vibe. But are they really custom?

Once the custom scene exploded more than a decade ago, motorcycle manufacturers started riding the wave, offering motorcycles that ranged from café racers to scramblers and bobbers, plus a ton of accessories and parts that you could choose to make it your own. Looking at you, Harley-Davidson.

Before we take a stab at answering if a factory custom is really a custom, let’s define a custom motorcycle.

What Is A Custom?

To put it simply, it’s a stock motorcycle that has been slightly altered or heavily modified to serve a different purpose than the one it was built for, making it lighter, faster, louder, more capable off road or prettier than it was originally intended. And yes, design is definitely a purpose in itself, actually the most popular for which a bike is modified. But the most important aspect of a custom bike is that it’s unique.

On this note, let’s take a look at what four big brands are doing.

Triumph is the first brand that started paying homage to their past with the launch of their Modern Classics range that first consisted of the Bonneville, the café racer styled Thruxton and the Scrambler. Slowly but surely, their range extended to a whopping 8 models. You can pick and choose from scrambler, café racer or bobber, and also higher spec versions.

Back in 2014, BMW launched the R NineT. A standard motorcycle with an aesthetic that evokes the golden age of the air cooled classic Beemers, a bike that custom builders referred to as a ‘blank canvas’. Recently, the R NineT stopped being such a blank canvas and received a makeover resulting in 5 different versions. Each one of them is essentially the same bike with minor modifications that give it a slightly different look and ride. It’s like BMW imagined how 5 different builders would approach their bike to build 5 different styles and then started producing exactly that. Not bad, BMW.

Another interesting case is Moto Guzzi, a brand that experienced rejuvenating success with the launch of the V7. Now, in its third update, the V7 also comes in 7 versions if we include the limited edition Stornello. So if you want a café racer, a scrambler or a retro bike that looks like it was produced in the 70’s, they got it all. Again, the mods are minor and consist in colorways, materials, handlebars, fairings, mirrors or exhaust pipes.

Last but not least, let’s take a look at the Harley-Davidson elephant in the room. For many years now, the brand made it its very essence to draw inspiration from the custom bikes that people have been building based on stock Harleys. Go to their website or take a look at a catalogue and you can find bobbers, Frisco style choppers, massive baggers and, as of 2018, a café racer for which they even offer clip on handlebars and a fast back tail as options. Bold move.

As opposed to Harley that offers you a lot in terms of customization for each model, European producers offer you bikes that are ready built in a very well defined style.

But are they custom in the true sense of the word?

They are in the sense that a bobber or a scrambler are very unorthodox things to come out of factory gates, breaking the classic pattern of a range based on supersport, naked, cruiser, touring and enduro. They are also built for different purposes, from track to dusty road. But what they aren’t is unique.

So no, a factory custom is not a custom. Because the very fact that any guy with the same amount of money as you can walk out of a dealership with a bike that’s identical to yours defeats the very definition of the word.

On the flipside, what you get is the happy marriage between retro style and modern technology. If you can get over the fact that it’s not unique, a factory custom is a great option if you’re in the market for that i-built-it-myself look with the bonus of having the quality stamp of a reputable brand. Because if you want to build your own and you’re not Brad Pitt rich or Burt Munro savvy, you’ll have to settle for the tech that the bike is already equipped with and still go through a process that’s time and money consuming and riddled with setbacks at every step.