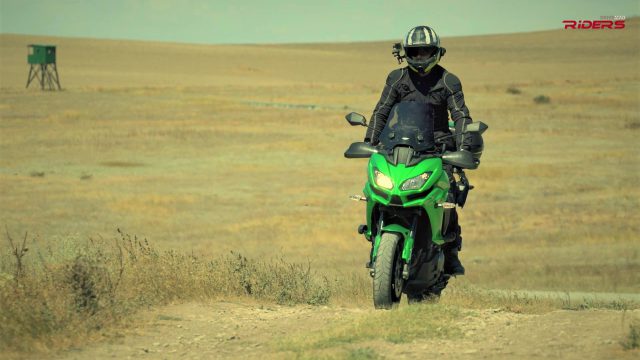 A two-day trip with the Versys 1000. Stunning sunset included.

“Versys” name stands for Versatility. Is the Kawasaki Versys 1000 a great all-rounder? We took the bike for a weekend trip to find out the answer.

The “Versys" name is not something new in Kawasaki’s line-up. It was launched in 2007 when the Japanese company unveiled a middleweight adventure-sport motorcycle using ER6n’s 650 parallel-twin.

The 1000 cc model appeared in 2012, using the same design lines. Those Versys where some love it or hated bikes when it came to the look. While some people said that they had a different personality, other people considered them ugly.

The new Kawasaki Versys line has a more aggressive look and borrows many design elements from other Kawasaki models.

But when it comes to this kind of bikes it’s more important how they ride than how they look. So, let’s go back to our question. Is the new Kawasaki Versys 1000 LT a great all-rounder?