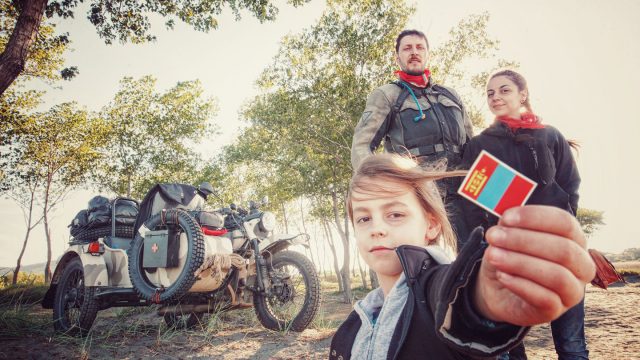 Who needs Disneyland? This kid is having the adventure of a lifetime

“Since at least one of us knows the way, we thought we might as well just give it a try. Mongolia, I'm coming back! This time with an army!” It's the description of the photo above in a Facebook post. It was the day the adventurous family left home. Now they’re somewhere in Turkey.

Mihai Barbu traveled to Mongolia in 2009. He inspired a lot of riders back then with his stunning photos and well-written stories looking like letters for those who supported him. Each chapter was dedicated to one of his followers and formed a successful book. Meanwhile, he got a child, and the BMW F650GS got a brother: a sidecar Ural so he could take his family with him.

Since the Ural appearance, they traveled to Nordkap and Morocco, then to Georgia and now it was the time for the ultimate adventure destination: Mongolia.

Mihai and his family are traveling in an Ural Sidecar

Last summer, in the Caucasus