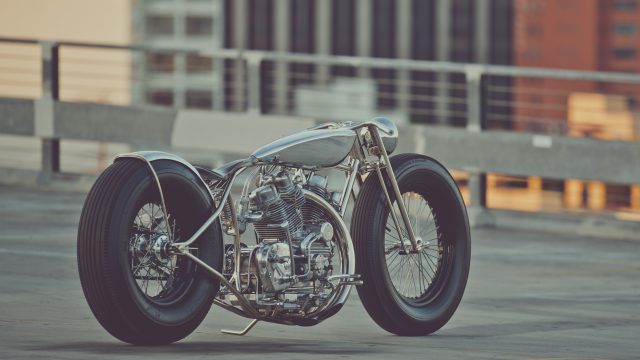 When breaking the boundaries of building custom motorcycles you get rolling works of art.

Maxwell Hazan is a name that needs no introduction on the international custom motorcycles scene and today's article will show why his name matters so much in this industry.

Maxwell was a DIY guy since childhood when he heating Lego pieces in the microwave so he could change their shapes. Later on, when he grew up, he took a 9 to 5 job as an interior designer but wasn't happy with it. So, to sweeten his days, he started building bikes for fun. One day, as he was having lunch with his dad, the old man looked at Maxwell and asked: “Why don't you build bikes full-time?”

When a motorcycle accident kept Max convalescing at home for several months, he decided to kill his time by fitting a 200-cc four-stroke engine to a Schwinn beach cruiser. After that, he made another bike and realized it would be a lot easier if he built the frames from scratch instead of trying to fit the engines into prefabbed frames. He enjoyed this activity so much that he decided to establish a company called Hazan Motors in Brooklyn, New York. 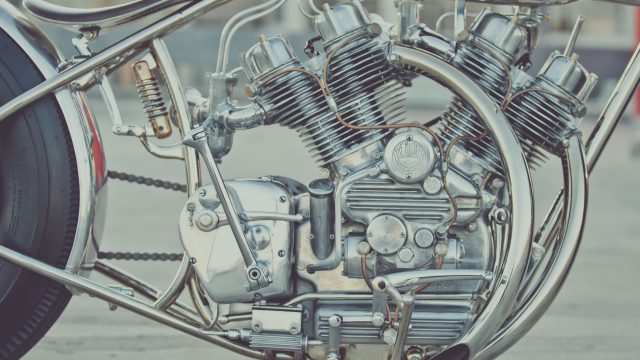 Fast forward to the present day and you’ll find Max building rolling works of art — literally. Two of his bikes were on display at the MB&F M.A.D Gallery in Geneva. Besides that, he also won the Pipeburn Bike of the Year Award in 2013, 2014 and 2015. Three years in a row is not a coincidence, is it?

The bike that took the crown in 2015 is called “The Musket,” and I must admit it’s the one that impressed me the most. Every single element of this bike was built from scratch.

The engine was born by fusing two single-cylinder Royal Enfield 500-cc units into a single 1000-cc V-twin power plant. The rest of this rolling work of art was hand modeled around the power plant. In fact, the only stock components that he bought were the tires, wheels and the headlight. Everything else was hand-crafted. 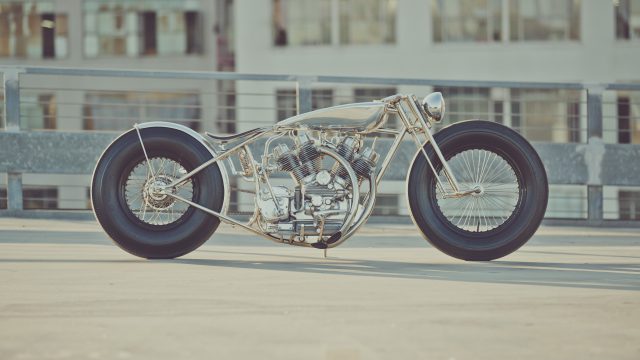 When looking at this metal sculpture, you’re tempted to think that its only purpose was to be an exhibit. “Where are the throttle cables and all the wiring?” you might ask yourself. You see, you couldn't be more wrong because you can put the 55 steeds of power to work as you do it with any other motorcycle.

The overly-clean look was attained by routing the throttle cable through the 7/8" handlebars. Also, the regular foot shifter and hand clutch were combined into a single action lever. The rest of the electronics were housed under the engine. Besides having less exposed wiring, placing them in the path of the air flow helps to cool.

Another interesting solution adopted by Max was the braking system. He worked his magic and inserted a brake rotor in the transmission housing. 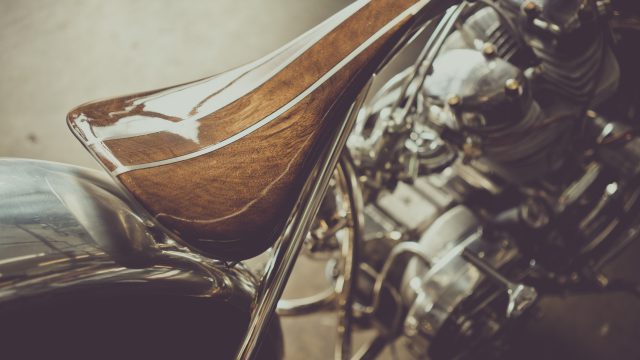 But one of the most appealing details, if you ask me, is the seat. It was made from a piece of walnut, coated in 15 layers of lacquer and probably polished and buffed with the Karate Kid technique: wax on, wax off. Joking aside, the seat is astonishing! You can see your reflection in that seat due to its piano gloss effect.

Finally, I honestly tell you that words really cannot describe how beautiful this bike is. My advice is to check out Maxwell’s website at http://hazanmotorworks.com. Take your time because you will enjoy every minute of it.