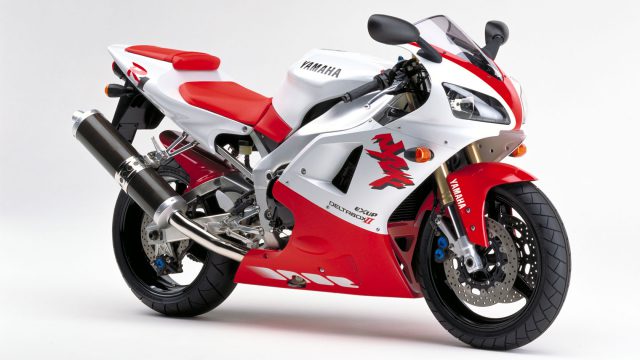 Every biker heard the stories of the past decade superbikes. There was no room for mistakes. Those bikes were hot like hell. Riding on a 1998 Yamaha YZF R1 was like humping on the back of the Apollo rocket. Here’s a list of the most fierce models.

You are not a rider if you haven’t heard at least once a story of a motorcycle accident involving an R1. It's a scarecrow amongst the rookie riders. The 98-03 YZF R1 had a reputation for being the most aggressive superbike. With an acceleration hard to handle and with no riders aids, this bike was meant to blow away any competition. Delivering over 140 hp at the wheel, the first models required a lot of knowledge to ride. Unfortunately, this bike was the last ride for many bikers. Despite its age, the old R1 is still a name between the new models and can easily prove itself on the streets.

When it was released, the Busa was meant to be a touring bike, but this bike was far from touring. The untamed model that without a speed limiter was the ultimate drag bike for the streets. The torque and acceleration were unbelievable. The top speed of 195 mph is a milestone that many superbikes can’t reach even these days. All you had to do is just buy one, and you would be ready to compete with a Formula1 car in straight line. The rookies dreamed about riding one, at least as a passenger.

Broad power and good looks are the main characteristics of this model. I don’t know about you, but I still have a poster of the GSX-R1000. This bike was the last unchained superbike that ruled the streets. Considered by many the best GSX-R, the 05-06 model delivered an outstanding 175 hp figure. This bike was not for the faint hearted. You had to be sure what you’re doing when full opening the throttle. No riding aids for this gixxer, you only need a firm hand and experience. This superbike had only a weak spot, the frame cracked by default.

The first generation Fireblade introduced by Honda in 1992 was a turning point in the superbike scene. This CBR destroyed the competition with a whole new architecture. The winning aspects were the improved handling, weight reduction and powerful engine. The 893cc inline-four engine developed 122 hp and the latest computer technology at the time made it a legendary bike. The first Fireblade is still a motorcycle that hist the road hard. Imagine the difference it made between it peers in the early 90’.