They inspired generations of motorcyclists

I know some people that packed their side-bags for a round the world trip after reading these adventures, creating fabulous stories. Just like in art, every one of us is inspired or influenced by a hero. Form the original Ted Simon to the iconic Long Way Round/Down that put the adventure motorcycling into mainstream culture, these adventures influenced generations of riders worldwide.

Ted Simon (pictured above) circled the world twice. But the first adventure was the one that inspired many travelers, including Ewan McGregor and Charlie Boorman. On 6th October 1973, at the age of 42, Ted set off from London on a 500cc Triumph Tiger motorcycle on what became a four-year solo journey around the world, covering 64,000 miles through 45 countries.

“In spite of wars and tourism and pictures by satellite, the world is just the same size it ever was. It is awesome to think how much of it I will never see. It is no trick to go round the world these days; you can pay a lot of money and fly round it nonstop in less than forty eight hours, but to know it, to smell it and feel it between your toes you have to crawl. There is no other way. Not flying, not floating. You have to stay on the ground and swallow the bugs as you go. Then the world is immense. The best you can do is trace your long, infinitesimally thin line through the dust and extrapolate. I drew the longest line I possibly could, that could still be seen as following a course.” - Ted Simons, 5th October 1974. 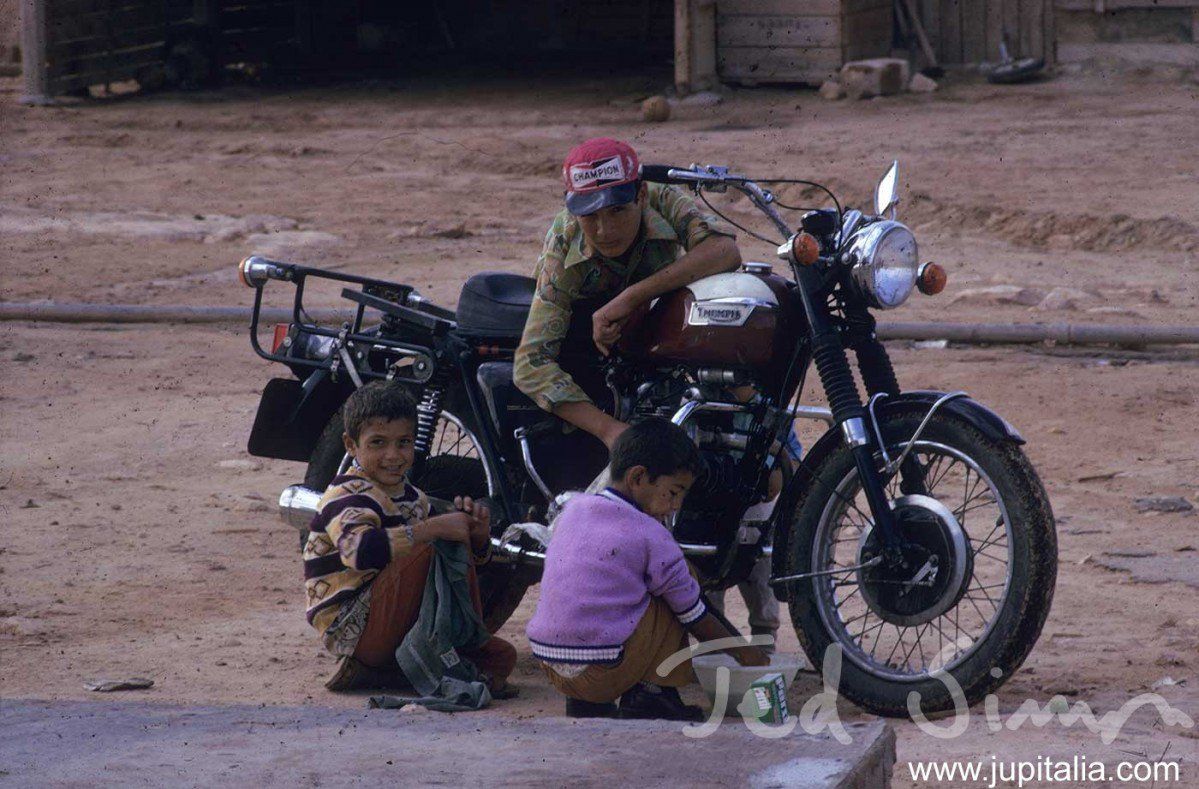 The expedition was filmed and was subsequently made into a 2-part TV series, shown on Discovery Travel and Adventure Channel over 40 times.

There weren’t such things as Gore-Tex Adventure Jackets, Adventure lids, and motorcycle comfort options. These guys made it old-school, with minimal gear and maximum of passion. Long Way Down/ Long Way Round

“Change your life. Take your time. Take the Long Way.” The stories was so successful that many people think they definitively contributed to the success of the adventure motorcycle market and to BMW GS sales supremacy.

If living in a cave and don’t know about the Long Way series, in 2004 Ewan and Charley embarked on an epic Long Way Round challenge, to bike 20,000-miles, cross 12 countries and 19 time zones in just 115 days. Riding their BMW GS R1150s, they crossed Europe, Ukraine, Russia, Kazakhstan and Mongolia to ride the Road of Bones through Siberia, over to Alaska, through Canada, North America and finished in New York. The Long Way Round journey would challenge their view of the world and also test their physical endurance.

Following the world success of Long Way Round, Ewan and Charley once again combined their love for motorbikes with the irresistible lure of far-flung roads on the Long Way Down. Riding their BMW GS R1150s from John O'Groats, Scotland, through Western Europe, East and Southern Africa.