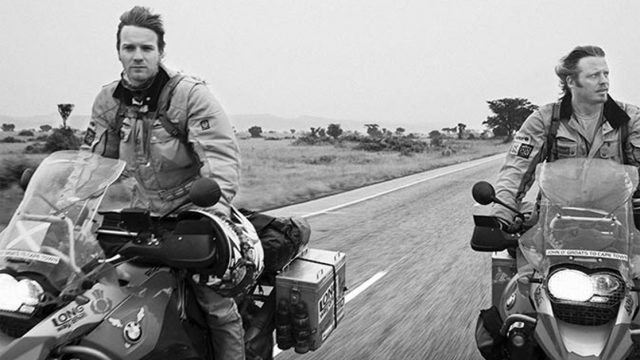 “The Long Way Round” was one of the most successful and influential motorcycle stories. Last week Charlie Boorman said that a new ride is to happen soon. This time, from Southern Argentina to Alaska. I know a lot of people that were inspired by Ewan McGregor and Charlie Boorman's "Long Way Round". They somehow managed to make a cult movie in the motorcycle universe. But that was 15 years ago.

Time has changed, and the motorcycle adventure scene has evolved. The world doesn’t seem to be so big as before, and year by year, more and more riders are going beyond the beaten path. The adventure market is booming, and the washboard roads in Mongolia are not that wild as before. Ironically, many people say that “The Long Way Round” had an important role in the rise of the adventure motorcycling. Now you only need a plane ticket and 2.000 euro to transport your motorcycle to South America. It’s not like going on the Moon. The bar is set higher than before, and selling an adventure story is harder than before.

The tech liberalization is allowing everyone to shoot a video and upload it on social media and YouTube. Before the “Long Way Round," it was harder to do it. Mondo Enduro was nice, but it wasn’t too cinematic, and Ted Simons didn’t have a Go Pro when doing the magnificent Jupiter’s Travels. Nowadays, everyone can buy a drone, or an action camera, and with a bit of imagination and some video skills can make a good movie. You don’t need two camera-men and two assistance cars anymore. Or if you have them, you must do a Top-Gear like film to stand out.

Charisma. Well, this is maybe the best asset Ewan and Charlie have. Everybody loves them. And makings such an inspiring trip before will matter the most for the upcoming movie. Although not all the comments were positive on the new movie perspective, Ewan and Charlie have a lot of fans all over the world. Everybody loves them, and it's no wonder. They don’t seem to be selfish and arrogant, and they know how to tell a story.

Still, we need a “Long Way Up”. Although the “hardcore” adventure riders will laugh about the branding, the assistance cars and other “non-adventure-friendly” things, a “Long Way Up” should exist. It’s taking the adventure motorcycling into the main-stream area, way beyond the advrider forum and the horizon-unlimited community. It will make more and more bikers or just other people eager to set off an adventure. We need this kind of show.