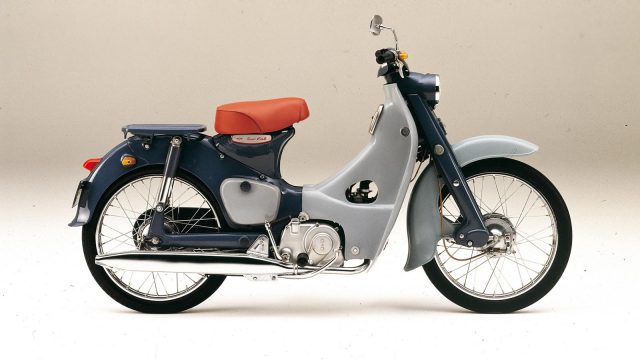 The Japanese manufacturer reached an impressive milestone today managing to produce 100.000.000 Honda Super Cub. The number represents the cumulative worldwide production that started back in 1958. A serious reason for celebration for the guys at Honda.

The Honda Super Cub is well known worldwide, and it remained since the very start. In August 1958  the first C100 was built in the Yamamoto factory, and by 1961 it already reached the outstanding number of 1 million units. The Super Cub iconic design became the first vehicle to obtain a three-dimensional trademark registration in  Japan.

At the moment the Cub is produced at 16 plants in 15 countries around the world. Takahiro Hachigo, President & Representative Director, Chief Executive Officer of Honda Motor Co., Ltd. commented: “The Honda Super Cub, which was created in Japan, embodies Honda’s passion to serve people worldwide with the joy of expanding their life’s potential by pursuing uncompromising product development that puts customers first. As a result, Super Cub series has long been enjoyed by customers all over the world and was able to reach the 100 million-unit milestone in worldwide cumulative production. Honda will continue to be at the forefront of the changing times and strive to offer products that go beyond the expectations of our customers.”