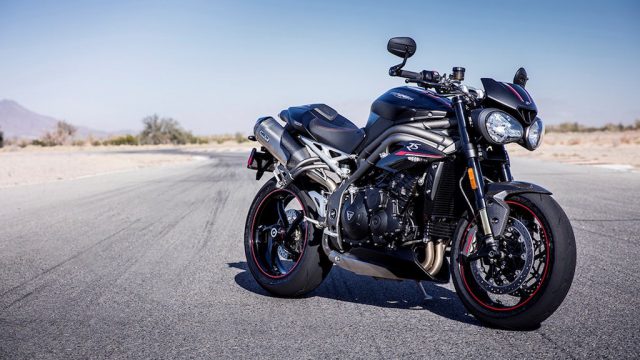 The iconic Triumph Speed Triple just went through some serious changes for 2018. The British manufacturer squeezed some more power from the 1050cc triple, fitted the bike with state of the art electronics and updated the suspension system.

Every improvement comes with a price and, for the 2018 Triumph Speed Triple you will have to pay $14,350 in S trim. For the RS that features Öhlins suspension, Arrow exhaust, autoblipper, traction control and ABS you will have to spend $16,350.

Considering the current players in the super-naked category, the stock package Speed Triple seems to be the cheapest. The S version is behind the competition when it comes to features so in order to compare it we will have to use the RS trim.

If we take only the BMW S1000R and the Triumph Speed Triple RS with the same set of options, the only feature on the Triumph that may worth the money is the TFT Dash and backlit switchgear. You might say that the BMW is a bit more powerful but, the RS package seems promising.

The pricing might be just right for what the Speed Triple has to offer. Of course, it won't be a beast like the KTM 1290 Super Duke R, but it comes with everything you need to keep you safe and the adrenaline pumping.