The Bimota Tesi H2 features an inline four-cylinder supercharged engine making 228 hp while the weight is cut down to 214 kg. Deliveries are set to begin in June for the Italian market and the price tag is €62,000.

The latest news from the Bimota’s social media page says that the Rimini brand’s third prototype is almost completed and it’s ready for the comparison test. The 2020 Bimota Tesi H2 is fitted with a 998cc in-line four-cylinder supercharged engine making 228 hp @ 11,500 rpm. It’s the same engine featured on the Kawasaki Ninja H2 where on the Japanese bike it develops 243 hp with RAM Air and 231 hp as standard. The Tesi H2 features a front swingarm and the hub-centre steering system that separates the steering and suspension functions. The system has been used on previous Bimota models like the Tesi 1D, 2D and 3D. It helps to separate braking forces from suspension movements making the bike more agile through corners and helping with the weight shift under braking. On the rear, the bike is fitted with two Ohlins shocks electronically-adjustable that are mounted to the back of the frame which was designed by Bimota. The Italian engineers equipped the bike with traction control and ABS. Also, they used carbon fibre for the bodywork and aluminium components which helped the bike to achieve a dry weight of 214 kg, 24 kg less than the Kawasaki Ninja H2 on which the bike is based on. The brakes come from Brembo and the front callipers are hidden under the fairing. Top speed is limited to 299 kph, but it’s rumoured that the bike is capable of over 320 kph. 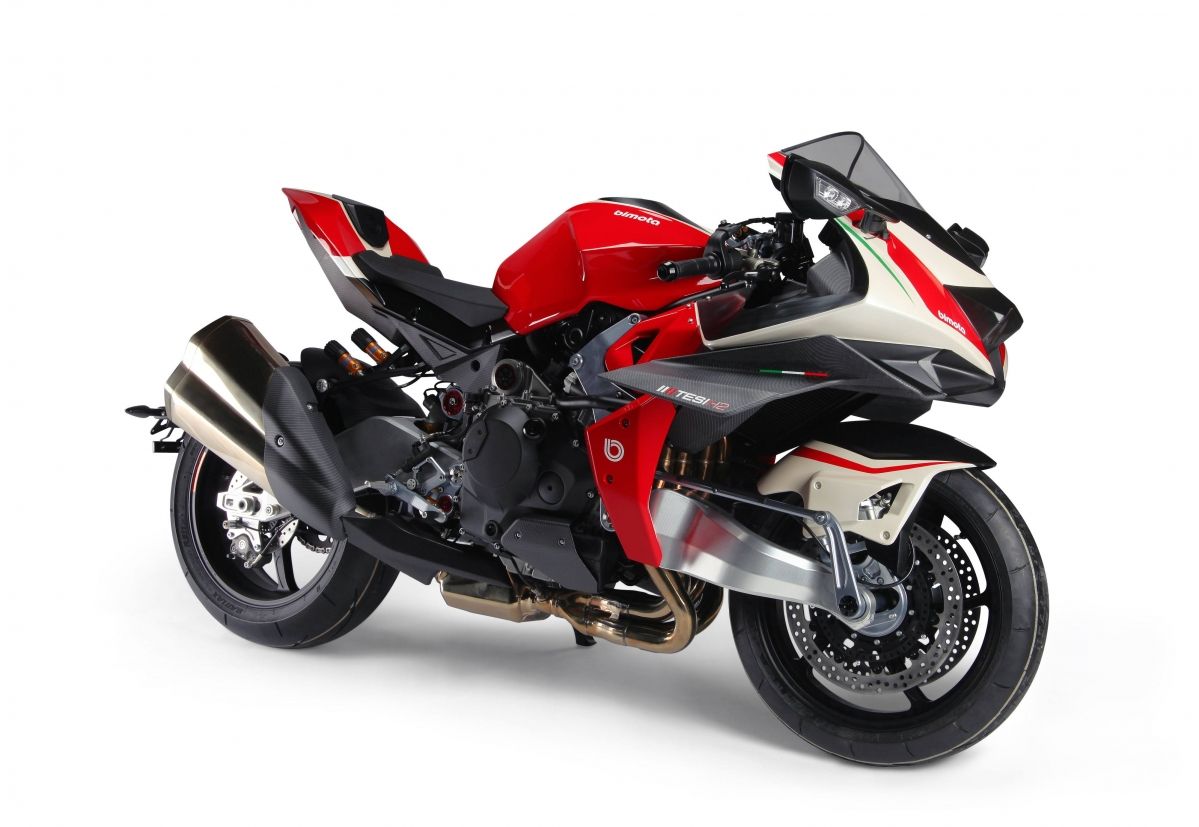