Honda completely redesigned the CBR1000RR for 2020. It’s not the same bike with different colors, it’s not a facelift. The new Fireblade is a completey different beast. The engine is still an inline-four, but it’s heavily inspired by the RC213V-S - combustion efficiency and low-friction technlogies, while also sharing the same bore and stroke. It also features titanium con-rods and forged aluminium pistons. The result: a high-powe, high-revving engine - 217 hp@14.500 rpm.

And it’s not just the engine. Honda also reworked the electronics. The HSTC (Honda’s Traction Control) is revised and it also includes a start mode. Through the six-axes IMU you got total control on the power, engine brake, wheelie control and traction cotrol. The ride-by-wire throttle was also updated for an improved feeling. The info you need appears on a new full-color TFT dash.

The CBR1000RR-R SP is also equipped with Start Mode for race starts. It limits engine rpm at 6,000, 7,000, 8,000 and 9,000rpm set-points, even with a wide-open throttle, letting the rider focus on clutch release (and lights) alone. A quickshifter is also fitted as standard, with performance optimised for racetrack performance and reliability.

The 2020 Honda CBR10000RR Fireblade comes in different shape, with different fairings and improved aerodynamics - the MotoGP winglets are right there to offer downforce at track speeds. The riding position is also revised.

The Fireblade’s chassis was also redesigned and the RC213V inspired swing-arm is now longer.

There’s also a high-performance SP version, with Ohlins suspension instead of Showa and Brembo Stylema calipers instead of Nissin. The new brakes are fitted with a track-mode ABS.

More details about the new 2020 Honda CBR1000RR-R Fireblade, directly from Milan. We’re there to cover all the major news, so check our YouTube Channel. 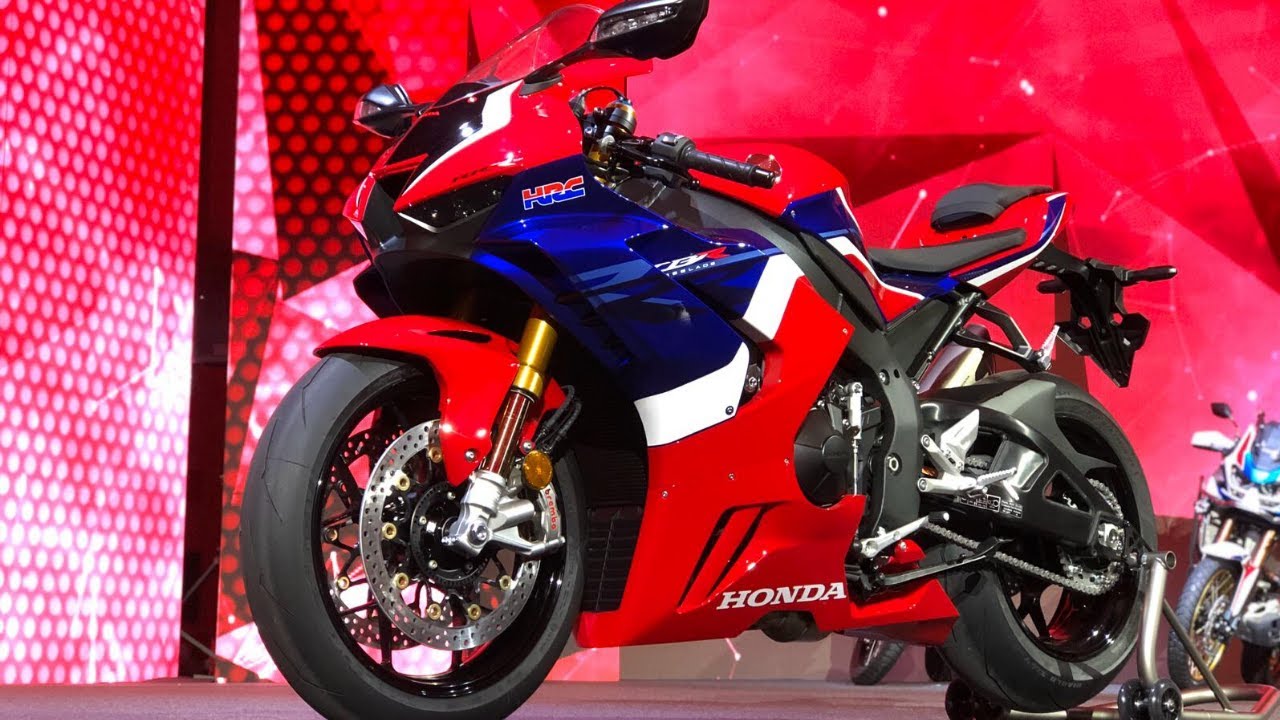