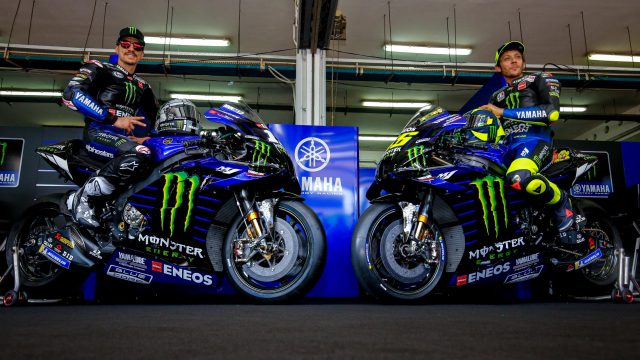 The 2020 Yamaha MotoGP bike remained loyal to the cross-plane crankshaft engine configuration. Other features include the same colour scheme.

The 2020 Monster Energy Yamaha MotoGP machines were revealed in the team’s pit box garage at the Sepang circuit. The bike uses the same engine configuration – an inline four-cylinder with a cross-plane crankshaft. The engine makes over 240 hp and is connected to a six-speed cassette-type gearbox with alternative gear ratios available. The ECU is provided by Marelli. 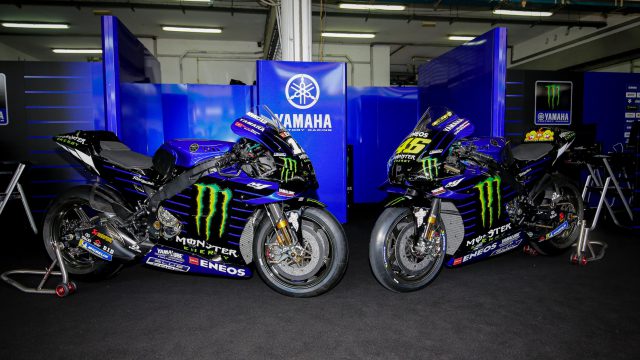 The 2020 YZR-M1 is fitted with an aluminium twin-tube Delta Box frame with multi-adjustable steering geometry and an aluminium/CFRP swingarm. The suspension is provided by Öhlins, upside-down front fork and a rear shock. 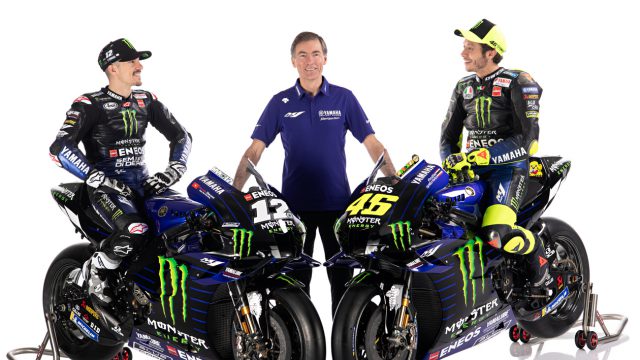 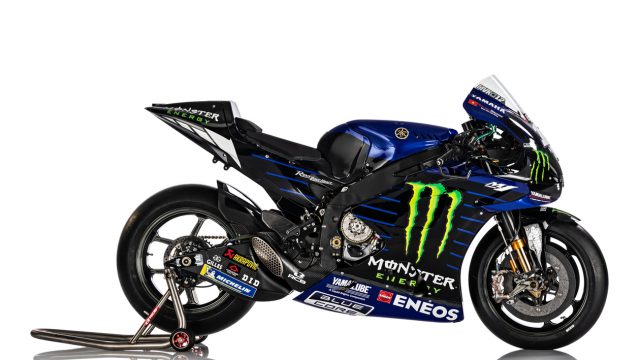 “For some reason, the winter months always seem a lot longer than the summer months during the MotoGP season – those seem to just fly by! Anyway, I’m happy to be on track and to start riding again. I’ve been able to relax during the stop and also do some fun riding events, but now it’s time to get serious about 2020. 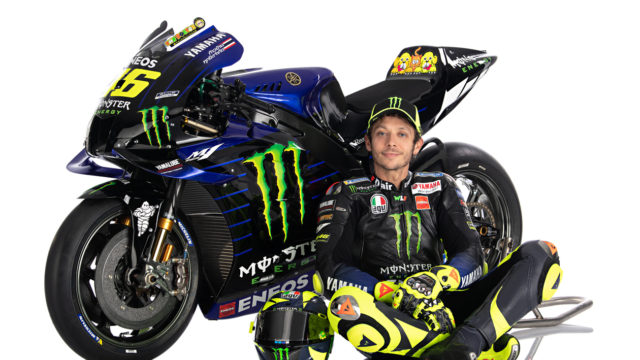 I’m very curious to see what steps we can make during the Sepang Test. For sure, Yamaha has prepared some new things for us to try, and anyway the first laps of the year on a MotoGP bike after the winter break is always a unique sensation – it’s always something I really enjoy. For sure we have a lot of work ahead of us, but the team and I are ready for it,” said Rossi. 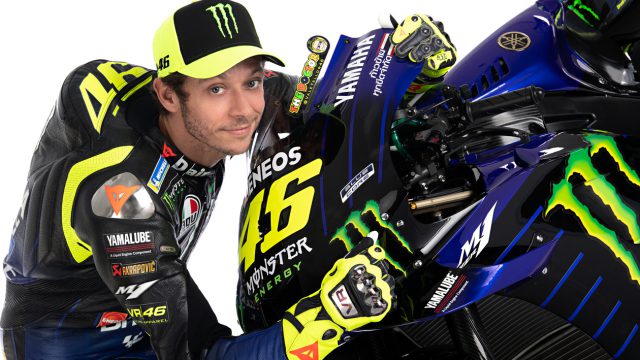 “At the end of last season we were in decent shape, so I’m really excited to start working again on our goal to get the title and as many wins as possible. For sure, I’m looking forward to riding my M1 again. The last time I rode it here in Malaysia was during the 2019 season and we won. 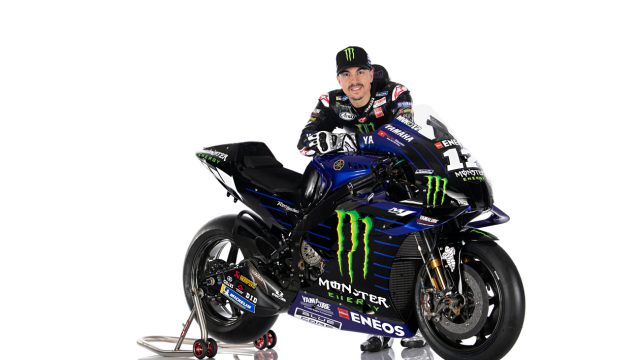 It’s a really positive memory and it also means we have a good starting point here in terms of set-up, so we should be able to get straight to work tomorrow on Day 1 of the Sepang Test. I’ve used the winter months really well. I’ve done a lot of physical training and riding to make sure my body and mind are in top shape. We need to work hard and be focused on our goal right from the start, so that’s exactly what we’ll do,” stated Viñales. 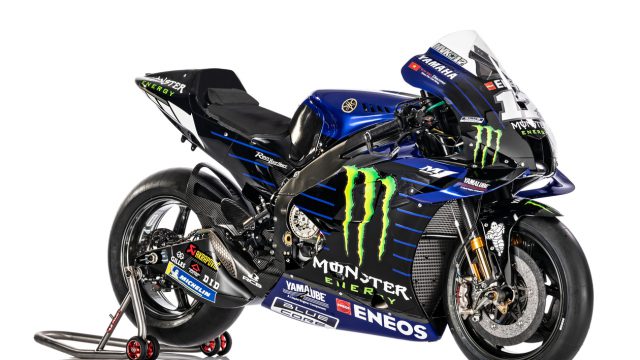 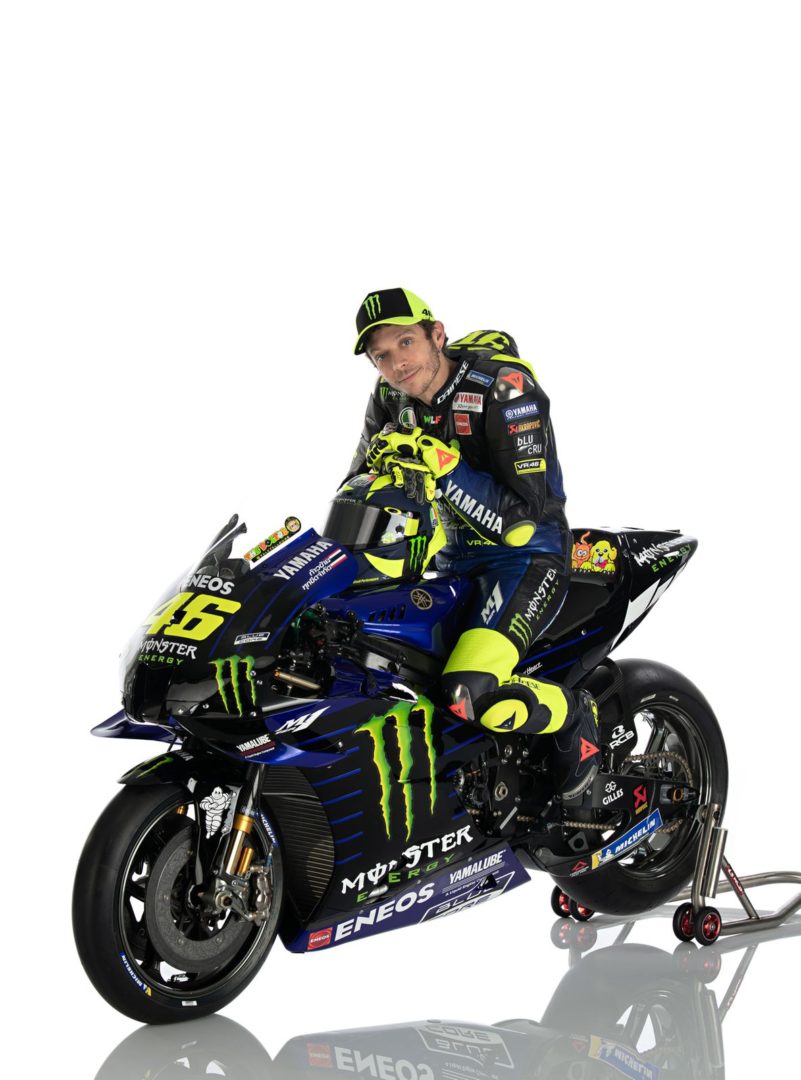 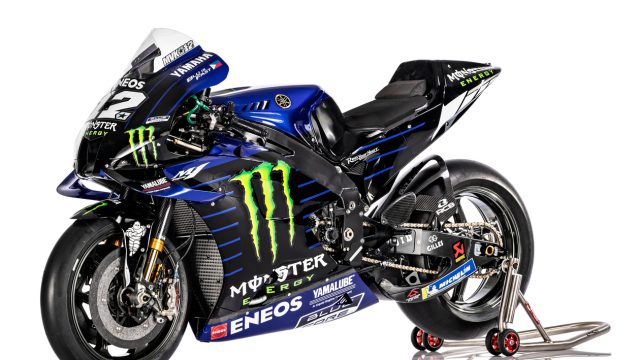 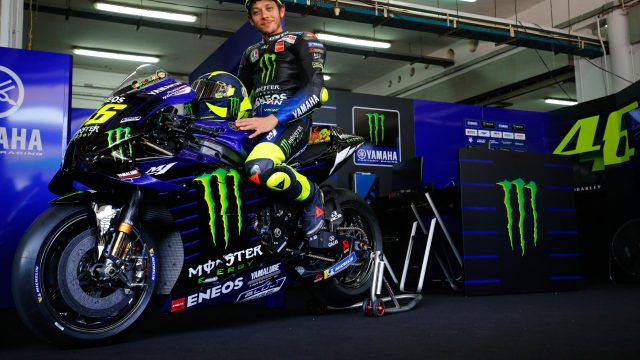