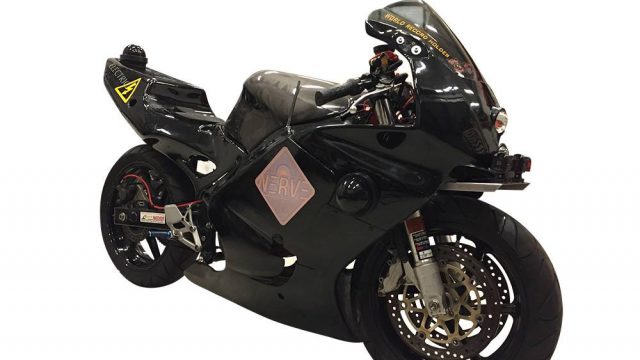 This bike is capable of doing everything on its own. Except of making sense. Because what’s the trick riding a bike without actually riding it?

Nerve is a Danish firm that developed an Autonomous Bike – called autonomous Street Racer. It was on display at Future Mobility Conference in Dubai, and it’s a glimpse of what the autonomous motorcycles of the future might be capable of.

According to the information released in press, this motorcycle is expected to play an important role in the future of traffic management, police mobility, and emergency response infrastructure.

The Nerve Autonomous motorcycle is the world record holder for the fastest electric motorbike.

But if a self-driving car might play a realistic role in the future’s mobility, we can’t see why you should buy a motorcycle that rides itself. Maybe for having some drinks at your favorite biker meeting?

Although just a project that didn’t prove its reliability, it’s not the first artificial intelligent unit project in the motorcycle world. Yamaha unveiled its Motoboot – a robot-ridden R1 and Kawasaki announced the development of a machine that can grow along with the rider – a motorcycle that understands the rider’s emotions and acts by itself.

Eventually, just as the traction control sophisticated systems and the cornering ABS systems, the bike of the future might be able to fix your errors, so you won’t fall off when popping a wheelie on the highway. Or not.