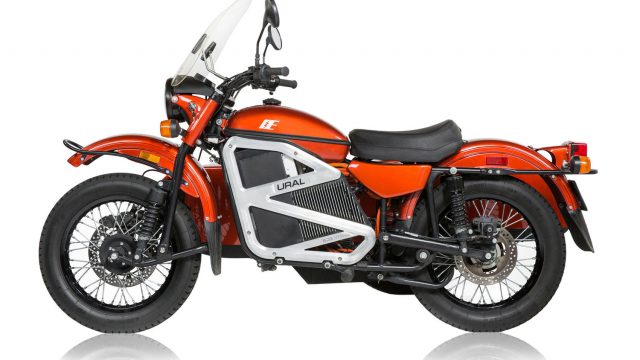 The world is getting ever smaller and more interesting. Need proof of this? Here’s the all-electric sidecar motorbike developed by Ural and Zero Motorycles that’s going to take the iconic Russian manufacturer into a whole new era. We didn’t see this one coming, but no one expects the Spanish inquisition, right?

Still a prototype, the Electric Ural is in its proof of concept phase. Nevertheless, we’re looking at a full-fledged Ural with its undented retro vibe packed with zero emissions, all-green technology. And we simply love it!

Purists may say what they want, but seeing a company like Ural make such a bold move is truly inspiring. The future is electric, by all means, and it looks like Ural just isn’t fond of being left behind.

The Electric Ural was developed with massive engineering support from US’ Zero Motorcycles, while California-based company ICG built the actual prototype. The resulting machine lives up to Ural’s traditional trademarks of stability, passenger comfort and storage capacity, albeit missing the internal combustion boxer thud. Through smart development, the team managed to produce a machine that was tested thoroughly in real world conditions, in both hot and cold weather, in rain and snow, on the highway and in the urban clutter, and it held its place.

The testing period was aimed at gathering as much data as possible, with all the info being now analyzed. Market research, consumer and industry experts will all be involved in outlining the future of the Electric Ural. Now, take a deep breath and chill, as it’s not going to happen tomorrow. It may take up to 24 months before a final decision is made, but the beginnings are always the hardest. Ural also adds that when the bike will move to the production phase, it will also be equipped with the latest batteries, controllers and charging options.

The prototype is currently animated by a 60 HP Z-Force motor that can produce a peak torque of 110 Nm, and was tested with a ZF13.0/ZF6.5 powerpack combo. It also comes with an onboard stage 1 charger that needs 13 hours to fill the batteries from dead to 95%. Nothing to write home about, that’s right, but more powerful chargers should reduce the wait drastically. And with easy-as-pie twist-and-go no-clutch transmission, almost anyone could ride it.

Obviously, there’s no point in talking about price tags now, but if you want to get a glimpse of Ural’s future, you can check out the Electric sidecar motorbike at the Progressive Motorcycle Show in Long Beach November 16-18, 2018. More locations to be added soon, so stay tuned.