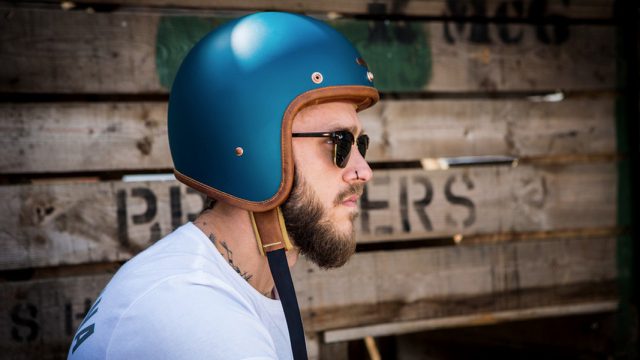 Open-face and brain-cap helmets will be banned by 2020, according to a new set of rules discussed and voted by the EU. The law will be adopted by all the EU countries, and even the UK and the US officials said that they are considering it due to safety concerns.

According to the new set of rules, we must have a “chin-solid motorcycle helmet” all the time when riding a motorbike. The flip up helmets may be used only in their closed form when riding. However, we may open the helmet when standing at a stop.

The motorcycle community feels offended. “The so-called safety concern is just a cover. It’s the individual freedom the thing that those bureaucrats have in mind. How could I express myself without letting the wind blow in my perfectly-groomed long beard,” says Jack Barbossa, Moto Guzzi V7 and Vespa PK owner, president of the “Classic Gentlemen Riders Association.”

While the Europeans feel offended, the Americans are ready to fight this law. “F…k this b…t, man! I’m riding a Harley way before those idiots knew how to put their shoes on. I won’t put a jar on my head just because there’s a stupid law”, says Jax Seller, Mothers of Anarchy M.C. president.

As for our publication’s position, here it is: “No matter what type of helmet you ride, enjoy the ride and take care. Happy April Fool’s Day!