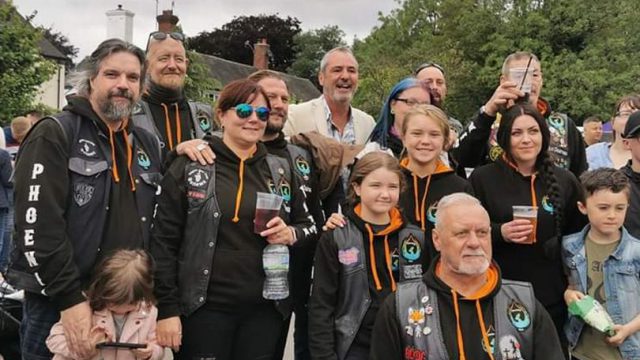 Sudbury's Warriors biker club in Canada and Phoenix Motorcycle Club from the UK decided to bring emergency supplies to people affected by the current situation.

Like most of the countries around the world, Canada is going through a lockdown as well. Sudbury's Warriors biker club stepped in to help those in need after charity’s local chapter lost 15 volunteers in one day. The organization needed volunteers to deliver meals to 400 seniors. So, the motorcycle club offered their assistance for the Meals on Wheels campaign.

“It’s huge to an organization where generally we have about eight routes daily and we have over 100 meals going out daily,” said Shannon Ketchabaw, Executive Director at Meals On Wheels (Sudbury).

“I looked at it and read the article that Meals on Wheels was looking for drivers, facing a shortage of drivers. You know, we’re always told to watch out for our elders and our youth, but they’re forgetting the elders. I gave our Nickel City president a call and said let’s get this ball rolling,” said Shawanda.

The members of Sudbury's Warriors Kanata MC said they will help as long as the health restrictions don’t forbid them to step outside their houses.

“The call went out in the chat group, and within minutes, all sorts of riders were on top of this and willing to give their time today, as well as next week and so on to help these seniors get what they need.

“It could be a week, could be two weeks, could be a couple of months. We don’t know, but as long as we’re able and capable of getting out of the house, we’ll be delivering food to whoever we can,” said James Letford, Warriors biker club member.

“It’s awesome and just knowing that they wanted to help out, it’s nice to see people helping out in any way and this is great,” concluded Ketchabaw.

More motorcycle clubs decided to help out people in these difficult moments. The Phoenix Motorcycle Club along with Skin and Ink Tattoo Studio in Burslem, UK began to deliver emergency items to people in need. They started in Blurton and want to continue the operation in Burslem, Tunstall and Kidsgrove. The people behind this initiative are club member Kelly Axford and her husband Darren, the club chairman.

“We have been on a two-week lockdown so as a club we decided we would start to get care packages together for vulnerable people, including loo roll and powdered milk that we can drop off.

We will have a number attached to the packs and they can then call us if they need anything. We’re starting it up now with club members and then my daughters will go door-to-door to find out what people need.

I have chronic asthma and we wanted to do something because people are now really starting to panic.

We wanted to help the elderly, who will struggle, or those on lockdown who cannot get out to the shops,” said Kelly.

“We’re based in Blurton ourselves but have club members in Burslem, Tunstall, and Kidsgrove, but we can get around on the bikes and then the tattoo studio is based near Smallthorne. If people do need us further away then we can travel. We all have transport and a few people don’t work,” she concluded.