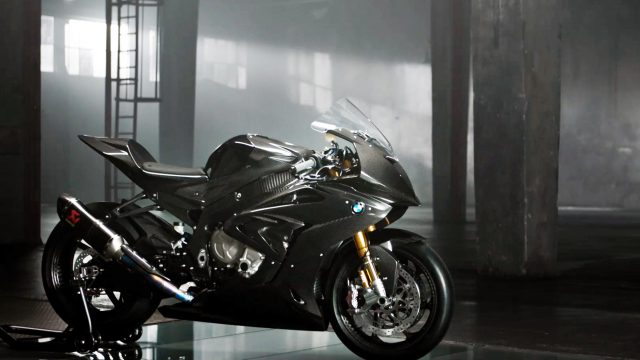 This is probably the most exclusive BMW ever built

The German manufacturer just unveiled an ultra lightweight and ready to perform S1000RR at the Milan show. This new HP demolishes all the weight standards, with carbon fibre frame and wheels. Ducati, watch your back, Superleggera is now longer the only featherweight superbike.

The eye-catching prototype features race-ready carbon fairings and World Superbike trim. Unlike the Supeleggera’s carbon swingarm, the HP4 Race uses a different aluminium unit. The whole package gets a lot of improvements like racing suspensions, 2D electronics and dash and full racing exhaust. The engine has the same covers, but we expect to be a race modified power-plant on this one.

Unfortunately, it will be available in limited number in the second half of 2017. BMW won’t unveil any details about the prototype. But as we saw in Milan, it will have a hand build twin-spar carbon fibre frame and wheels. BMW Motorrad President Stephan Schaller announced that more details will be available next spring.

With the release of the BMW S1000RR HP4 Race and Ducati Supeleggera we now have a new featherweight super bike class.