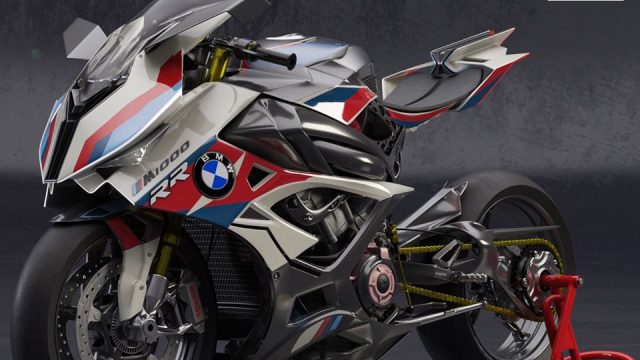 One bold design rendering from a freelance 3D artist

This design rendering comes from Nirjhar Mandal who’s a freelance 3D artist from India. He imagined how a BMW superbike could look like and the details are mind-boggling. It may be just a design rendering, but it became viral on social media. The name is M1000RR, it’s fitted with an electric supercharger, M power parts and M Aerodynamics.

We’ve written a story last month about the 160 hp BMW M1300GS which may not be just a design rendering from Kardesign. It looks like the HP model range from the Germans will become M. And now we have a new design rendering from Nirjhar Mandal who pushed things forward and designed what an S1000RR superbike could look like if it was fitted with an M performance package. Meet the BMW M1000RR.

M is the name of the performance division in the BMW car segment. And it seems that BMW Motorrad will also use the strong letter for the M1300GS if it becomes a real bike.. 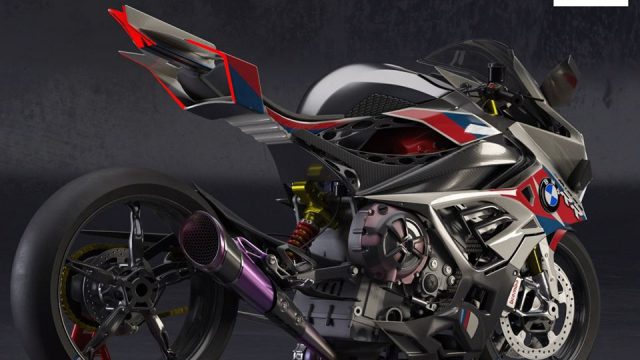 Looking at the photos, the motorcycle looks like it was designed as a replacement for the HP4 Race. There are no details regarding the fact if this design will ever come in production form, but it’s interesting to see how far the boundaries can go.

What is interesting to see is that the BMW M1000RR design rendering has an engine fitted with an electric supercharger. 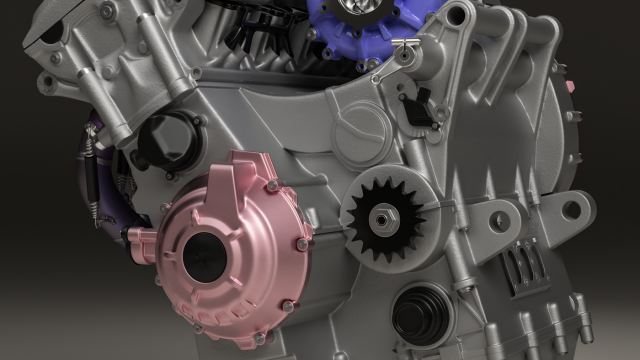 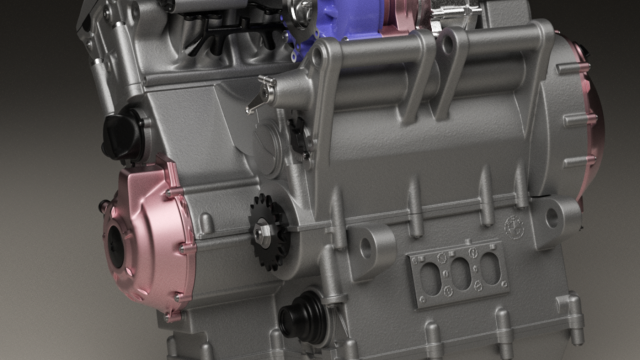 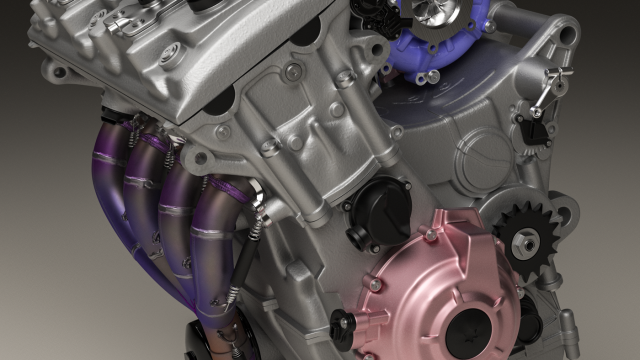 The BMW M1000RR has carbon fibre components including the frame, fairings, fenders and single-sided swingarm which is the first time we see a single-sided swingarm on a BMW superbike. Even if it’s just a design sketch. Completing the package are Ohlins suspension, most likely semiactive and Brembo brakes. 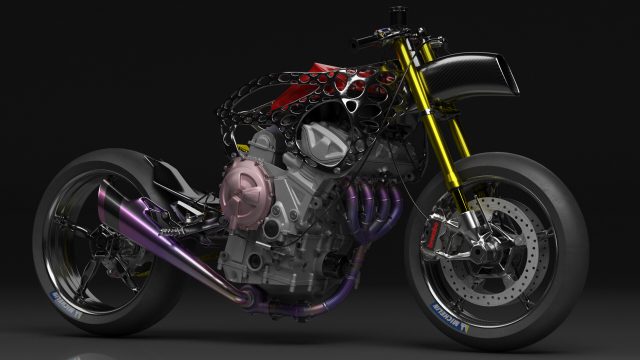 The M1000RR is fitted with headlights which showcase that if the bike will come into production it’ll be a road-legal superbike and not just a track-focused machine. There’s no rear subframe for the seat as it looks mounted on top of the frame and it links the tail unit to the rest of the motorcycle. 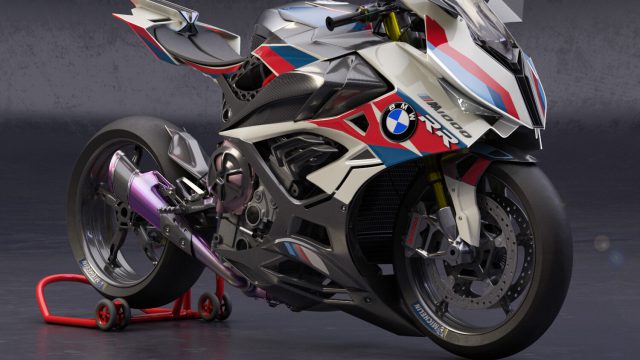 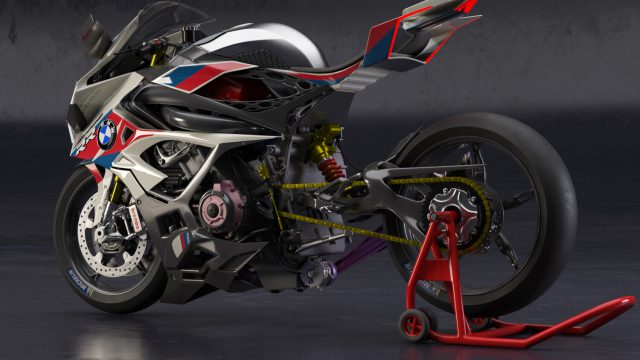 The aerodynamics have winglets which look like they’re inspired from the Kawasaki H2R. The down part of the fairings embraces the front wheel and should help the bike reach a top speed exceeding 200 mph. Moreover, the fairings are cut and that could tell us that it’s an aerodynamic feature to help the engine cool down and maintain a normal temperature.

It’s an interesting design rendering and we would like to see it become a real production model. 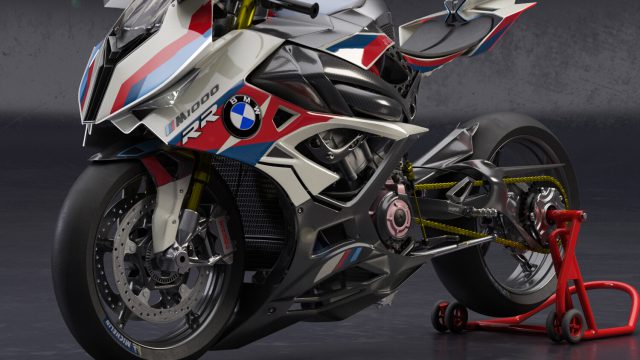 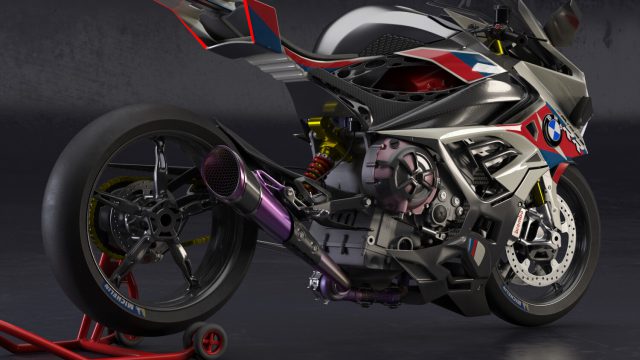 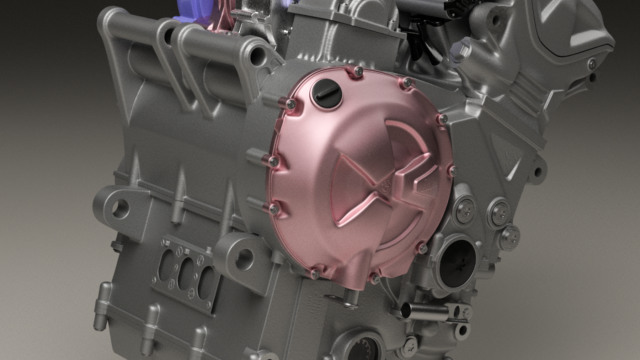 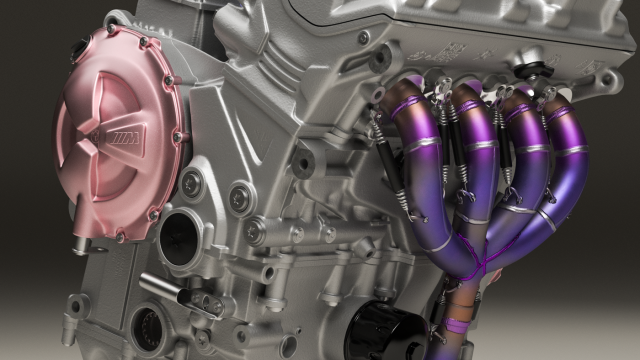