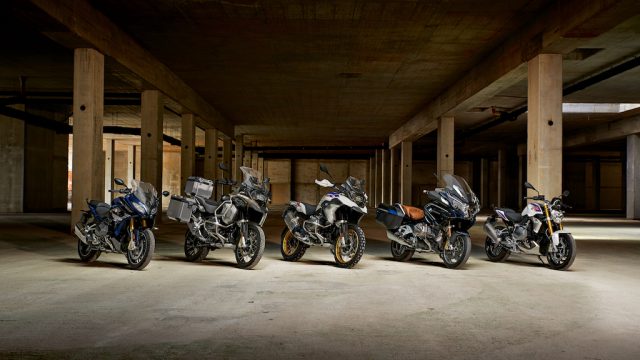 A striking eight year in a row sales increase

With 2018 financial year now finished is time to start crunching the numbers. The German motorcycle manufacturer seems to be heading in the right direction as they've managed to sell 165,566 motorcycles worldwide last year. This is an increase of 0.9% compared to the sales record achieved in 2017. Good job BMW Motorrad!

Last year was a bit odd for BMW as they’ve updated their adventure range with two new models the F 750 GS and the F 850 GS that arrived around June, and this is never a good thing for sales. But, somehow the company managed to sell 1400 more motorcycles than back in 2017 bringing them closer to their goal of 200.000 units sold in 2020.

US and Europe remain the major markets

In China, things are looking very promising for BMW as the company managed to sell 7.561units which represents a growth of over 35%. Brazil and India are following at very good rate with 7361 units (Brazil) and 2187 units in India although BMW entered this market in 2017.

You won’t believe it but last year BMW sold over 51.000 units of its famous R 1200/1250 GS and Aventure worldwide. Meanwhile, the R series totalled a number of 84.500 motorcycles cashed out, so this means the Heritage range played an important role.

To round up the numbers the smaller displacement bikes, the G 310 R and G310 GS introduced in 2017 reached an impressive 24.363 units that reached the customer last year.

Ok, it doesn’t seem that much compared to other big Japanese manufacturers, but let’s face it the BMW motorcycles don’t come cheap. The smallest price tag in the BMW line-up is $4750 for the BMW G 310 R. On the other hand, there is a huge interest for the big adventure and touring models that vary from $20.000 to $30.000. This means for every $30k bike sold by BMW, Honda or Yamaha will have to sell around 15 scooters.