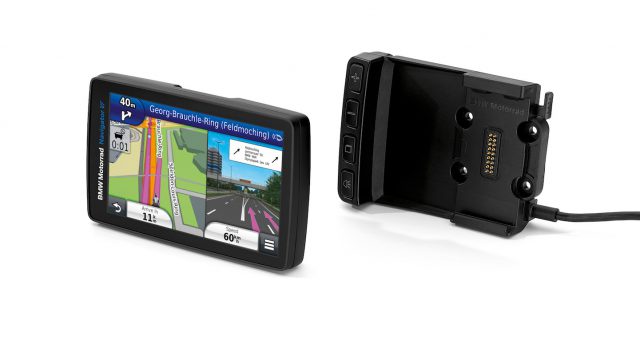 The new Navigator comes with a 5-inch touchscreen with improved contrast and minimized reflection compared to the previous version. It also has a more complex route planning software, while the vocal guidance is more friendly and you can use it in your car.

BMW Navigator VI comes with a circular polarization filter that ensures optimal readability during direct sunlight. It also comes with an optional private vehicle assembly kit, so you can mount it on other vehicles.

The new Navigator also features the BaseCamp route-planning software that allows you to compile routes that are customized and highly detailed. A trip can be divided into 30 routes and each segment consists of 125 shaping points. It also has three different presets: the “winding roads” option, the new “avoid major country roads” feature and the “round trip” function.

Instead of telling you to turn left in 100 meters, the new Navigator says “Turn left at the cathedral”. The Navigator uses the sort of statements your pillion passenger might make, using traffic lights, road signs and buildings as points of reference.

BMW Navigator VI also features music streaming via Bluetooth technology, and you can control a compatible action cam directly from your navigator.

It’s got a 16 GB internal Flash memory and it comes with a Micro-SD card slot for SDXC cards up to 64 GB.

Additional functions such as the "My Motorcycle" pages as well as warning and status messages are available in conjunction with the navigation preparation. Traffic congestion and weather reports can be displayed in real time using the optional Garmin Smartphone Link App.

Battery operation – Up to 4 hours depending on use and settings

Charge time: up to 4 hours depending on power source

Available either without (for vehicles fitted ex works with navigation preparation mount) or with Cradle mount.

Waterproof connector (12 V) for connecting to the motorcycle's SZ plug.