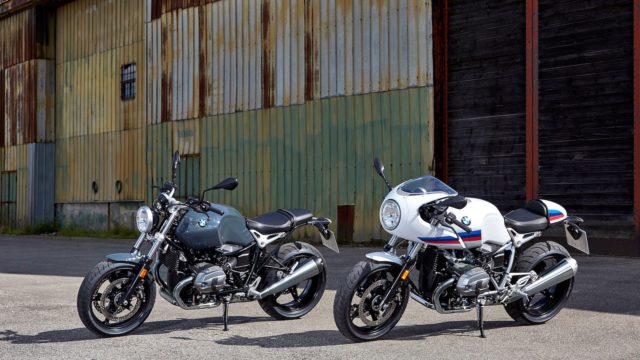 Both the Racer and the Pure are powered by the classic air-cooled boxer engine which offers an 110 hp output and meets the Euro IV regulations.

The Racer and the Pure are based on the same platform and, alongside the original R nineT and Scrambler, they form the BMW Heritage family. The bikes were presented as a world premiere at Intermot show in Koln – Germany.

The half-faired bike is inspired by the 1970s sport motorcycles. It has a two-clock analogue instruments dashboard, a sexy bikini-fairing and clip-ons. 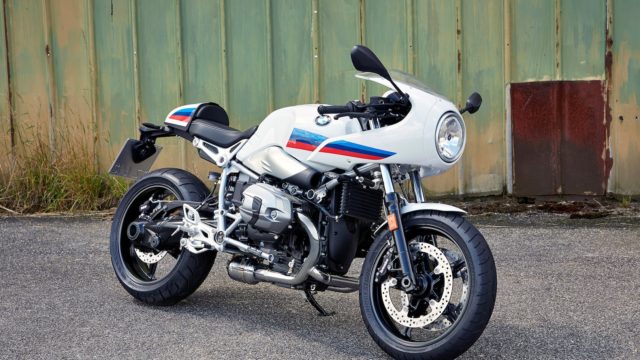 The Racer version resembles the Concept Ninety showcased in 2013 at the Concorso d’Eleganza Villa d’Este which was inspired by the BMW R 90 S.

The set-back footrests, the stub handlebars and the hump seat offer a sporty riding position. 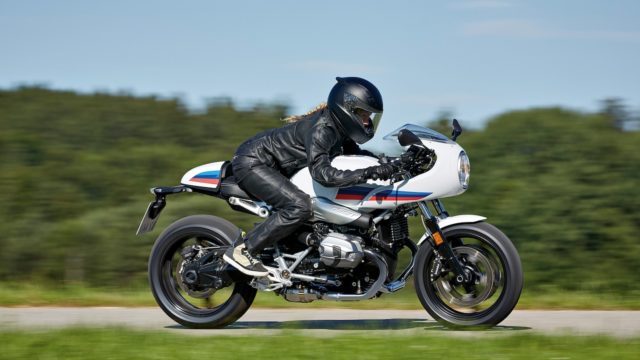 The aluminum-silver modular frame creates an architectural contrast with the black powertrain and the multicolored graphics are inspired by the old BMW Motorsport colors. 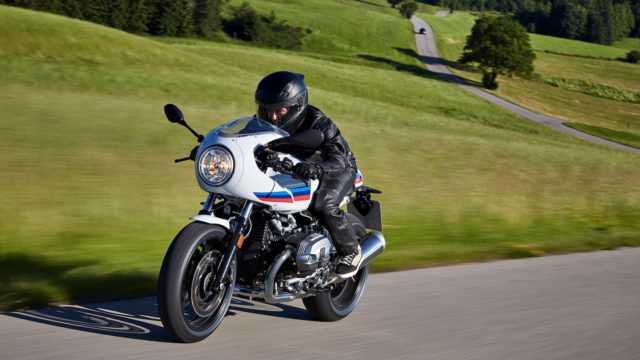 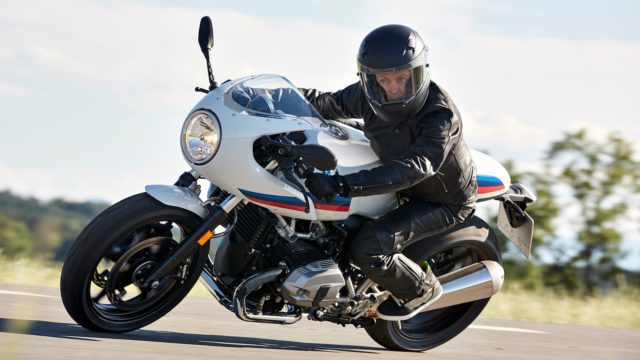 The R nineT Pure is a simple, classic roadster reduced to the essence. It’s very similar to the Scrambler, excepting the wheels size and the seat. The fork, the powertrain and the frame are painted in black, while the fuel tank has a grey finish. 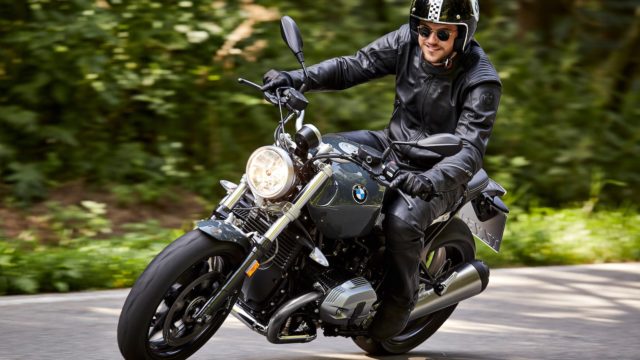 The Racer and the Pure have the same 1170 cc air-cooled boxer engine and a modular frame that allow easy customization. Both bikes have the same wheels – five-spoke light alloy. The spoked wheels come as an option. 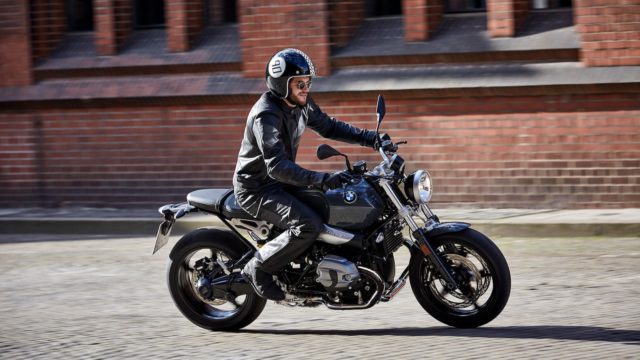 The suspension looks similar to the one used on Scrambler. The ABS in standard and the Traction Control comes as an option. 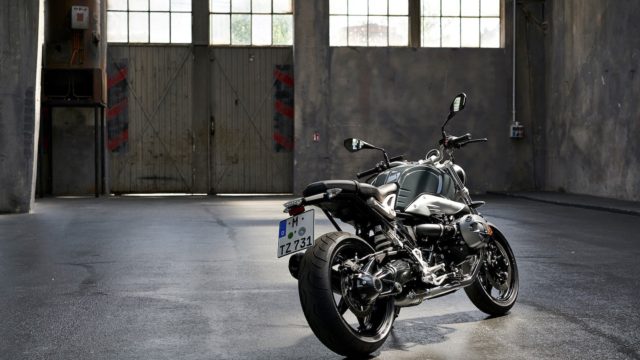 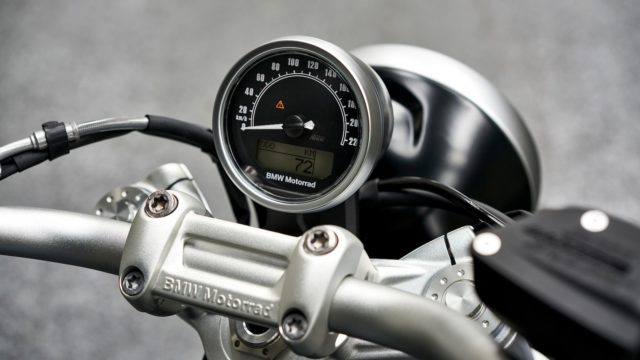 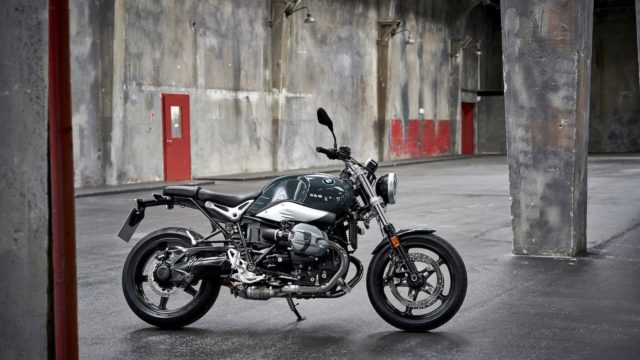 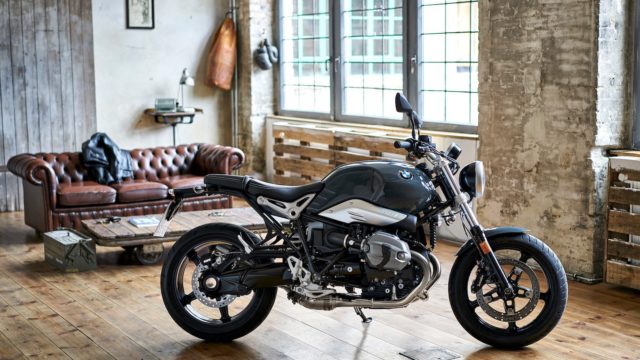 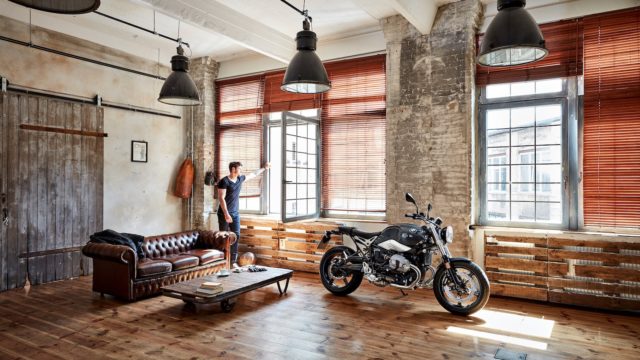