Enter the first BMW S1000RR 3D printed frame, a staggering display of high-tech engineering that may change the future of motorcycling as we know it. This rolling chassis was introduced by the BMW Group during the recent Digital Day 2018, an event during which House Munich showcased their latest exploits in integrating cutting-edge digital technology.

This particular S1000RR looks like it was designed by H.R. Giger’s own Alien, but there is so much more to this bike than meets the eye. In fact, aesthetics was never the main purpose of this endeavor, but as 3D printing allows engineers to make things also look good, we sort of saw this coming, at least in a way.

The most important aspect of using 3D printing for motorcycle chassis elements is that it speeds up dramatically the entire prototyping process. Instead of passing through all the lengthy stages required by the manufacturing of a finished, ready to roll parts only to have it tested, engineers can simply print that part right off their drawing board, so to speak. 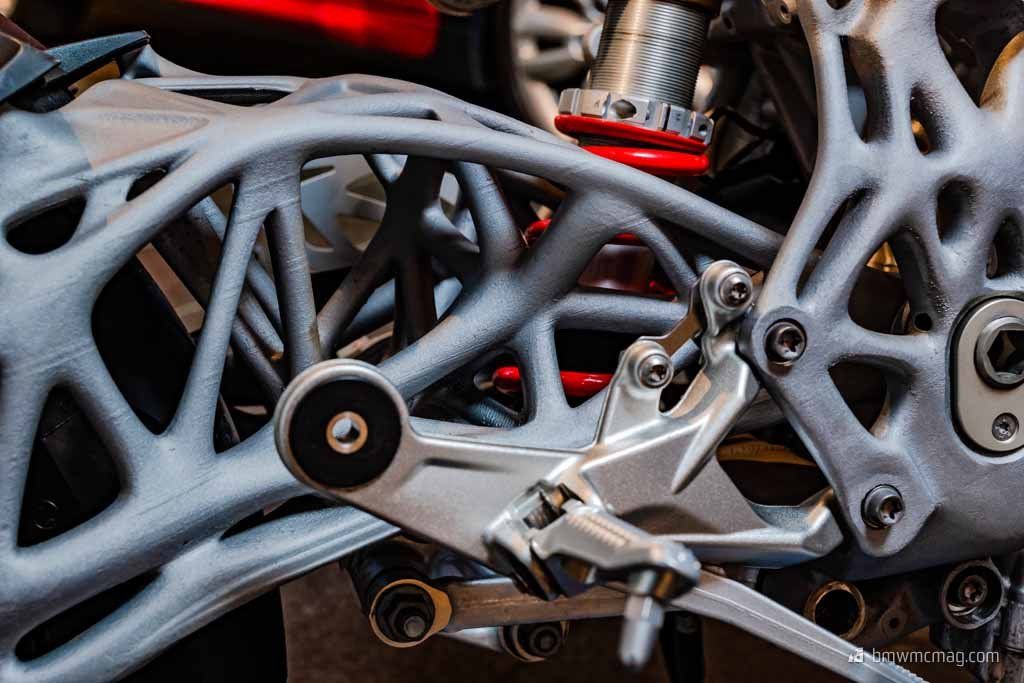 Additive printing technology allows them to create the part they need in a short time and test it in whatever way necessary, then make amends to the design, print again, then test again, until the relevant outcome is attained.

3D printing is still a rather slow process when it comes to delivering large volumes of parts, and is also expensive, at least, for now. The technology has been constantly developing during the past decade and solid improvements were made, so we could envisage that it might become a mass production method in the not-so-distant future.

BMW is not the first motorcycle manufacturer to use 3D printing, as Indian Motorcycles and Italian electric bike maker Energica also discovered the advantages of this technology. Even more, Energica is already 3D printing fairing and similar parts as spares, proving that there is a real commercial potential for this process.

Now, one thing is certain: we shouldn’t expect the 2019 S1000RR to arrive with this alien-esque frame and swingarm. But seeing BMW take such daring steps towards the future should give us confidence that there are truly interesting new things coming our way soon.