BMW says no to electric GS and touring bikes

Electric motorcycles for urban use might be the first market segment

BMW Vision DC Roadster concept and E-Power Roadster Concept are showing what the future of electric bikes is holding for us. But what exactly is the German brand planning for future electric bike mobility? Here are the latest updates.

We can see a glimpse of the brand’s plans for the future with electric bikes like the Vision DC Roadster concept which has the battery fitted vertical, with cooling fins directly in the air stream harking back to the old oil heads, to name one of its cool features. The German manufacturer also developed an electric naked bike, in the form of the BMW E-Power Roadster Concept which is a 200 Nm of torque machine ready to take on any supersport bike. So what exactly can we expect from BMW when it comes to electric bikes? 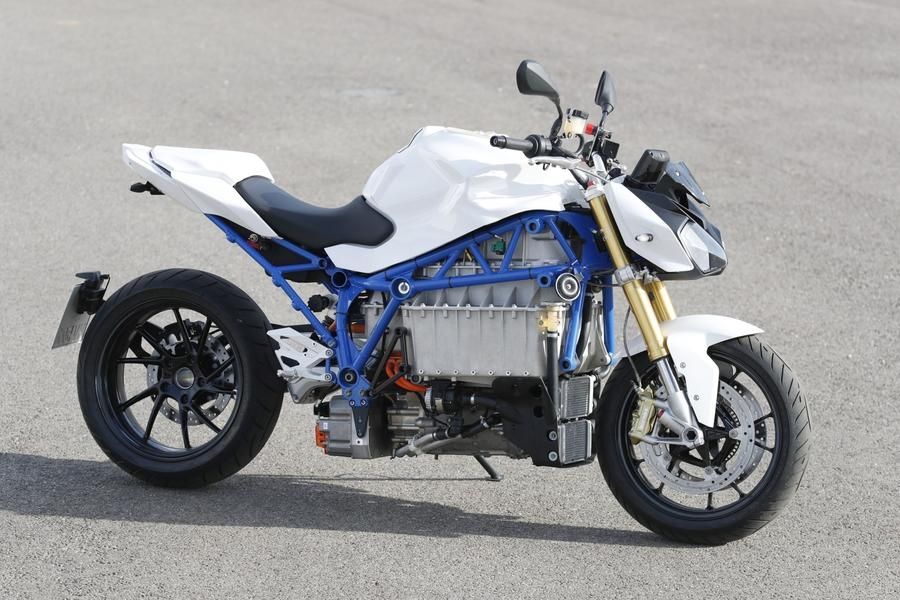 Well, Markus Schramm, BMW Motorrad CEO, spoke with Cycle World about the future of electric bikes. And there will be no new electric motorcycles for at least five years.

“As the Vision DC Roadster concept shows, we see this as a power portfolio of the future. In the urban environment, it is possible that there will be an electric BMW motorcycle in five years. In the touring, off-road, and sport segments, I am not sure that we will see them,” said Schramm. Taking this into count, it is likely that the first full-electric bike from BMW to be focused on city riding. Although BMW likes to make power statements and we have examples for that in the form of the Vision DC Roadster concept, Concept R18, E-Power Roadster Concept or the conventional petrol engine S1000RR, there is no news that we will see a BMW electric bike for touring, off-road, and sport segments too soon. To make things more interesting, BMW patented an electric battery charging system that uses the bike’s side stand.  The system uses the only metallic part of the bike that touches the ground to charge the battery thanks to a wireless charging pad located on the ground. So, it has the same effect as a Level 1 charging system for electric bikes with the power to fully charge the bike’s battery overnight. The system has an automatic function that starts charging the bike’s battery when it is parked. To work, the side stand pad needs to stay on the wireless charger. For the time being, we can just admire the electric bike concepts and wait to see what BMW has in development for the next five years.
Source: Cycle World