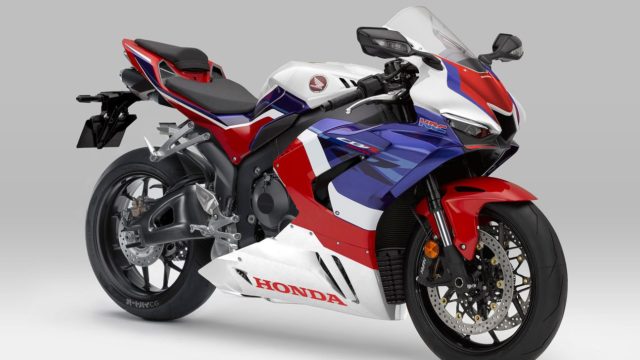 More and more rumours are swirling around the possible upcoming new Honda CBR600RR. Now, it seems that Honda could unveil a final edition version of their 600cc sportbike. The new motorcycle could be unveiled on August 9 at Sugo circuit which will host the opening round of the All Japan Road Race Championship. Also, the production version could be launched this fall.

We’ve written earlier about a possible comeback of the Honda CBR600RR. At that moment the rumours were regarding the fact that the bike could have an extra ‘R’ in its name as the current Fireblade superbike has. Moreover, the rumours suggested back then that the 600cc supersport bike was being developed borrowing the bodywork of the current CBR1000RR-R Fireblade SP model. Also, it was said that the middleweight supersport bike could be unveiled at the end of this year.

Now, more details are leaked according to MCN and CycleWorld. To begin with, we could see the covers off the Honda CBR600RR sooner than we think. It’s rumoured that the motorcycle will be unveiled on August 9 at Sugo circuit which will host the opening round of the All Japan Road Race Championship. A production version would follow later this year.

The new Honda CBR600RR could be the final edition version of the 600cc until it will finally retire from production. Probably Honda wants to take a last go at its rivals like Yamaha R6, Kawasaki Ninja ZX-6R, MV Agusta F3 675 and F3 800 supersport bikes.

Since it was released for the first time back in 2003, the Honda CBR600RR was pretty much the same bike throughout its production with very few changes to the engine, frame, bodywork and electronics. On top of that, more strict emissions regulations and a less 600cc supersport bike demand on the motorcycle market pushed Honda to withdraw the CBR600RR from its production lines. In other words, the company ditched the model back in 2017due to the Euro 4 compliant engine requirements. They developed instead a more affordable sports bike in the form of the CBR650F model. But let us get back to the 2021 Honda CBR600RR and what we could expect from the new 600cc supersport bike.

The Honda CBR600RR is expected to be a 2021 model and basically it will feature some updates rather than be an all-new model. Thus, the engine is expected to be at least Euro 4 compliant, but it’ll be no surprise if Honda will make it meet Euro 5 regulations. Power output could remain 110 hp. Furthermore, the engine, frame and rear suspension will quite remain unchanged.

The main update could be the bodywork and Honda seems to redesign the CBR600RR bodywork to borrowing design elements from the current CBR1000RR-R Fireblade SP model. So, we could see some downforce generating aerodynamics, probably some winglets as well, smaller headlights on either side of the central ram-air intake. One design feature will remain the same as the old CBR600RR and that’s the under-seat exhaust system which became a trademark for the Japanese sportbike.

Another update we could see fitted on the 2021 Honda CBR600RR is a new electronics package. Thus, the 600cc supersport bike could have a six-axis Inertial Measurement Unit (IMU) which means the motorcycle will feature lean-sensitive traction control, cornering ABS, anti-wheelie and so on. Plus, we could expect ride-by-wire throttle, power modes, a quickshifter and autoblipper.

We’ll have to wait and see if this will be the last generation of the Honda CBR600RR but if the rumours will become true, hopes high for the 600cc supersport bike because August 9 is just around the corner.