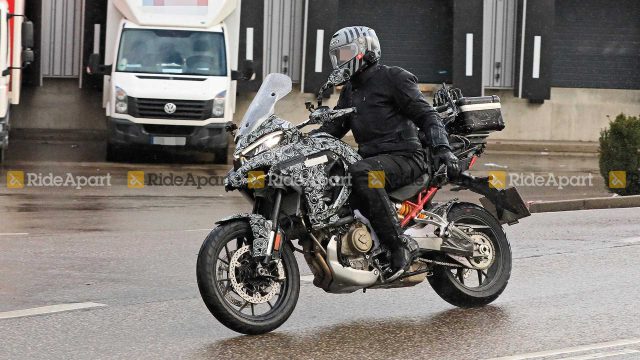 How much hp could this Multistrada V4 model make?

This is Ducati third V4 powered motorcycle. In its model range, the Bologna brand has the superbike Panigale V4 and the super naked Streetfighter V4 model. And now a Multistrada V4 is in the works according to these Spy Shots from RideApart.

We have the chance to look at the first V4 powered bike in the Ducati Multistrada family thanks to these Spy Shots. The bike was seen making some tests in Bologna, Italy. Let’s see what they are telling us so far. 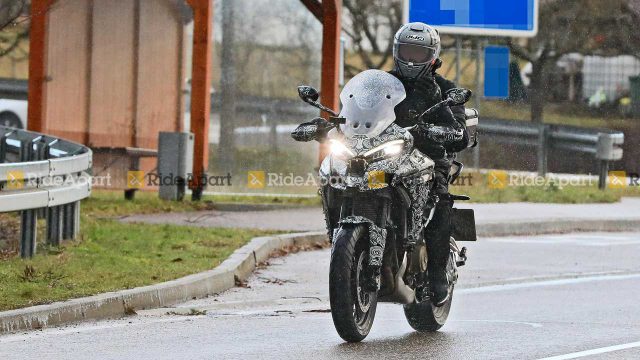 The Ducati Multistrada V4 is set to level up the competition with its rival the BMW S1000XR which we’ve tested two weeks ago in Almeria, Spain.

The power plant could be the 1,103cc Desmosedici Stradale V4 90°. This sets the bike in the middle range of the Multistrada family – between the 937cc and 1,262cc options. 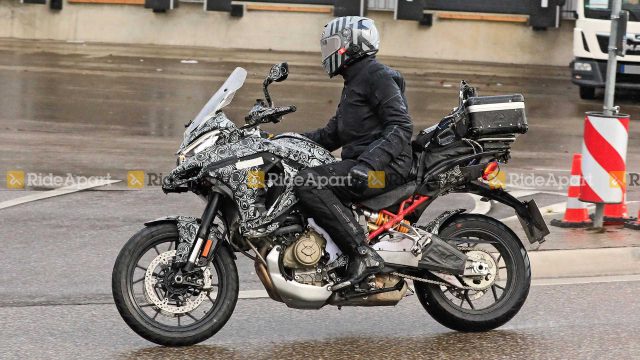 Its advantages are that the engine is lighter and more compact than the V-twin unit fitted on the 950 and 1260 models. The V4 engine is over 50 pounds lighter than the V2 powered Multistrada 950. 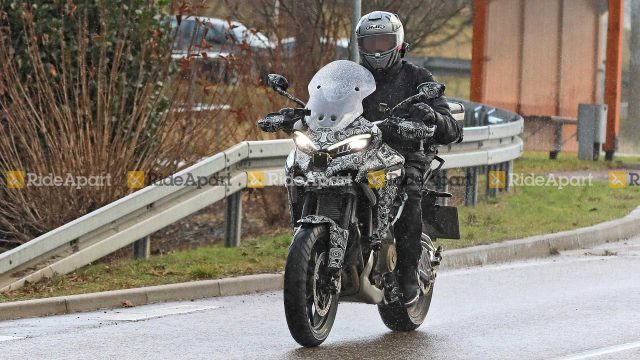 Looking at the Spy Shots, we can see that the engine is equipped with a side-mounted oil-cooler which can be seen through the bodywork.

It's interesting to see if Ducati will develop this V4 engine configuration to offer more low-end torque for the Multistrada Enduro version. 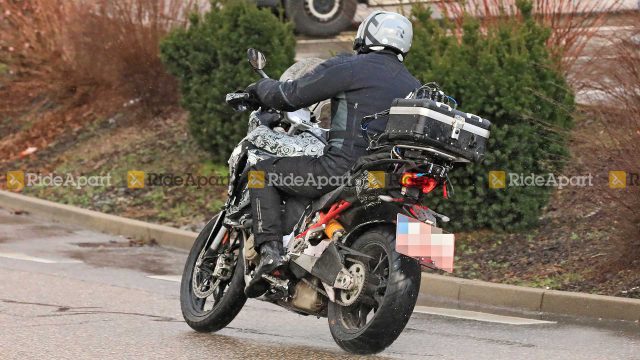 The main changes on the V4 model compared to the current Multistrada bikes is the red steel trellis subframe which is absent on the 950 and 1260 versions.

The mainframe looks to be made from cast aluminium and uses the V4 engine as a stressed member. 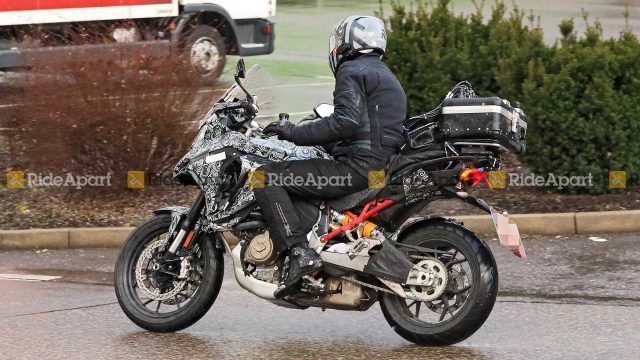 Furthermore, the bike is fitted with a double-sided swingarm with what appears to be bracing parts taped over. It’s shorter which could suggest a shorter wheelbase.

The LED headlights have a slightly different design and the air ducts on the nose are set wider apart. The day time running lights look bigger compared to the current Multistradas and are built into the headlights. Also, we can see new rear LED lights. 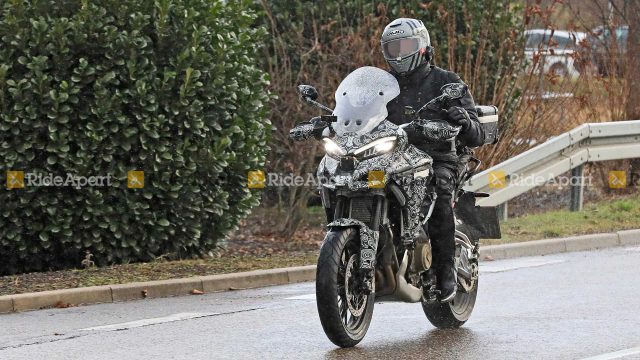 The side fairings look more compact and have openings. The windscreen could be adjusted electronically and the bike looks to feature a new TFT dash.

Also, the floating number plate holder of the Ducati Multistrada 1260 is replaced with a conventional set-up bolted to the underside of the seat. 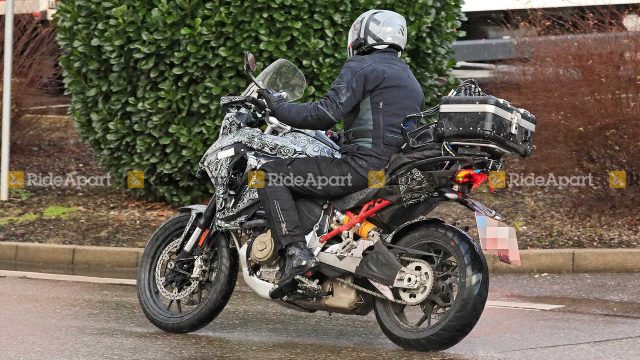 The Spy Shots reveal an upside-down fork and a single monoshock fitted on the left side of the bike. The Multistrada V4 features Brembo brakes with ABS.

On the front fairing, the bike is fitted with a system. This could be the Ducati ARAS (Advanced Rider Assistance System) radar which calculates the distance to the vehicle in front of the bike and gives warnings if a vehicle is approaching too quickly from the rear (we can also see a video camera fitted above the rear LED lights). 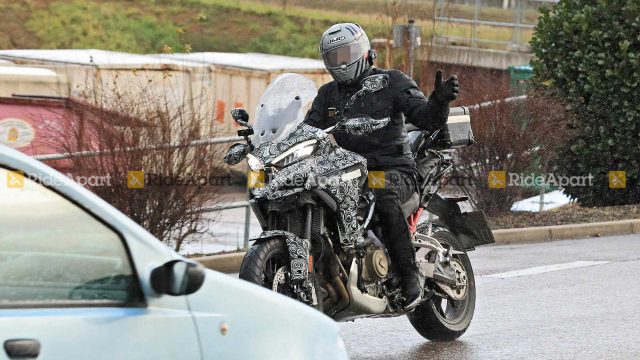 We could see the Multistrada V4 in production form at the 2020 EICMA show in Milan this November. 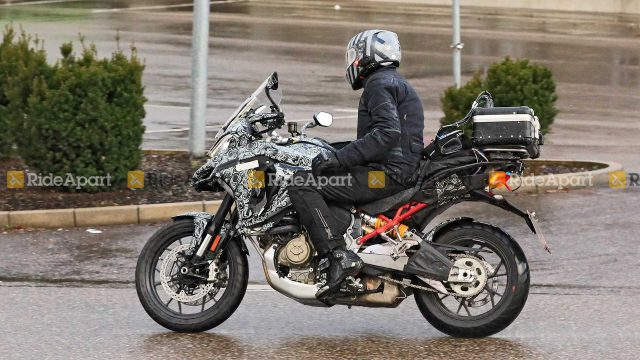