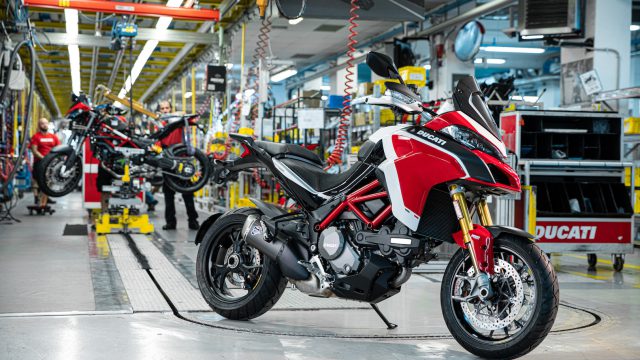 The V-Twin Multistrada will not be completely replaced

Ducati just announced that in 2021 the Multistrada family would "expand to see the twin-cylinder 1260 and 950 motorcycles joined by a version with a new, specific V4 engine." It’s the last phrase of a press release announcing the 100,000 units milestone.

The Multistrada V4 rumors appeared some months ago – at some moments it was said that it would be a 2020 model to be unveiled this fall. But after the 1260GT spy shots started circulating online, it was clear enough that we’re not going to see it at this year’s EICMA.

And everything becomes clear now with the news regarding the 100,000 Multistrada milestone. The last phrase of the press release is announcing the upcoming V4 that will run alongside the 1260 and 950 Multistrada versions. What we assume is that the V4 will be an ultra-fast sport-tourer, derived from the Streetfighter. Meanwhile, the L-Twin will still be available in Multistrada Enduro, 950 or maybe as a basic version.

Sixteen years after the first Multistrada, Ducati just marked the 100,000 units milestone. The 100,000th bike, a 1260 Pikes Peak edition, was ordered in Germany and was just delivered to the customer by Ducati’s CEO – Claudio Domenicali. 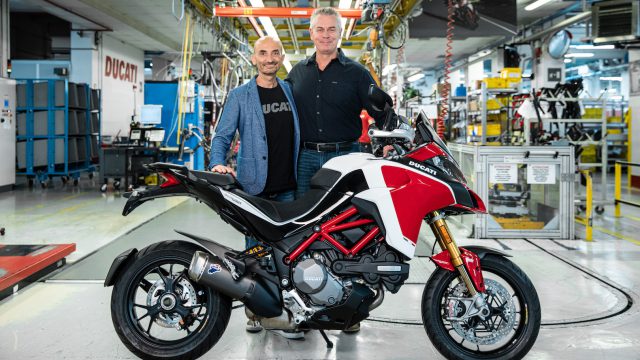