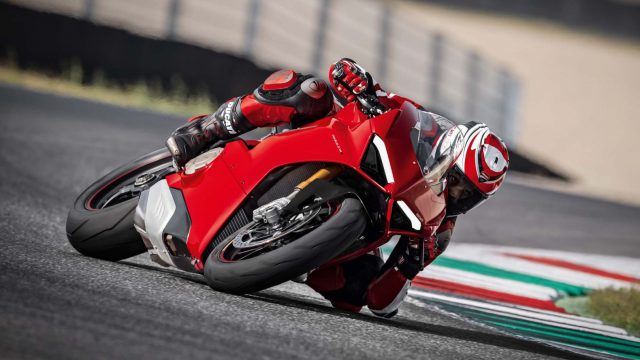 More than 16,000 voters named the new Panigale V4 “the Queen of Show”, according to a public vote organized by the Italian Magazine Motociclismo. That means 60% of the audience. MV Agusta’s Brutale is on the 2nd position, while Honda’s CB1000R is the 3rd one.

It’s the ninth year when Ducati wins this prize, and it’s no wonder: we’re in Italy and the Borgo Panigale motorcycles really look fantastic. It’s not just the audience vote that confirms it. It’s the multitude of design prizes Ducati won for its products: Compasso D’Oro, Red Dot Award, and many more.

“We had to make a bike stylistically worthy of the Panigale name. Then we knew that passing from 2 to 4 cylinders would inevitably bring with it a larger size of the engine. The Ducati bikes, and in particular sport bikes, have the advantage of being very small in a front sight, for the very reason that they exploit the cross compactness of the V two-cylinder. So we said: let’s see how smart we are at designing a bike as compact and beautiful as a Panigale even if, inevitably, the engine has a larger size”, says Andrea Ferraresi, Design Director of Ducati.

Watch our video about the Ducati Panigale V4 below.

Read our full article about the new Ducati superbike.