The superbike segment is getting closer and closer to MotoGP in terms of technology. A 234 hp V4 engine on a 152 kg bike. That sounds cool and scary at the same time. Here are the first details of a new superbike from Ducati code-named "Project 1708"

We know that Ducati has a habit to build top end bikes in limited numbers at the end of a bike generation before launching a new superbike platform. So, the news is that Ducati CEO Claudio Domenicali sent some emails to very passionate Ducati customers, and very wealthy if you ask us, about a new superbike ready to come into production. Ducati "Project 1708" is set to be delivered in May 2020. So, what can we expect? The whole bodywork will be made of carbon fibre and feature biplane winglets from the GP16 MotoGP Ducati capable of producing a downforce of 50 kg at 270 km/h. That figure alone is 67% more than what the Ducati Panigale V4 R offers and more downforce than the GP19 MotoGP machine. The graphics on the bike are believed to be inspired by the Desmosedici GP19 machine. The new superbike will also come with lightweight camshafts, screws and a dry clutch. This will make the bike weight 152 kg dry. 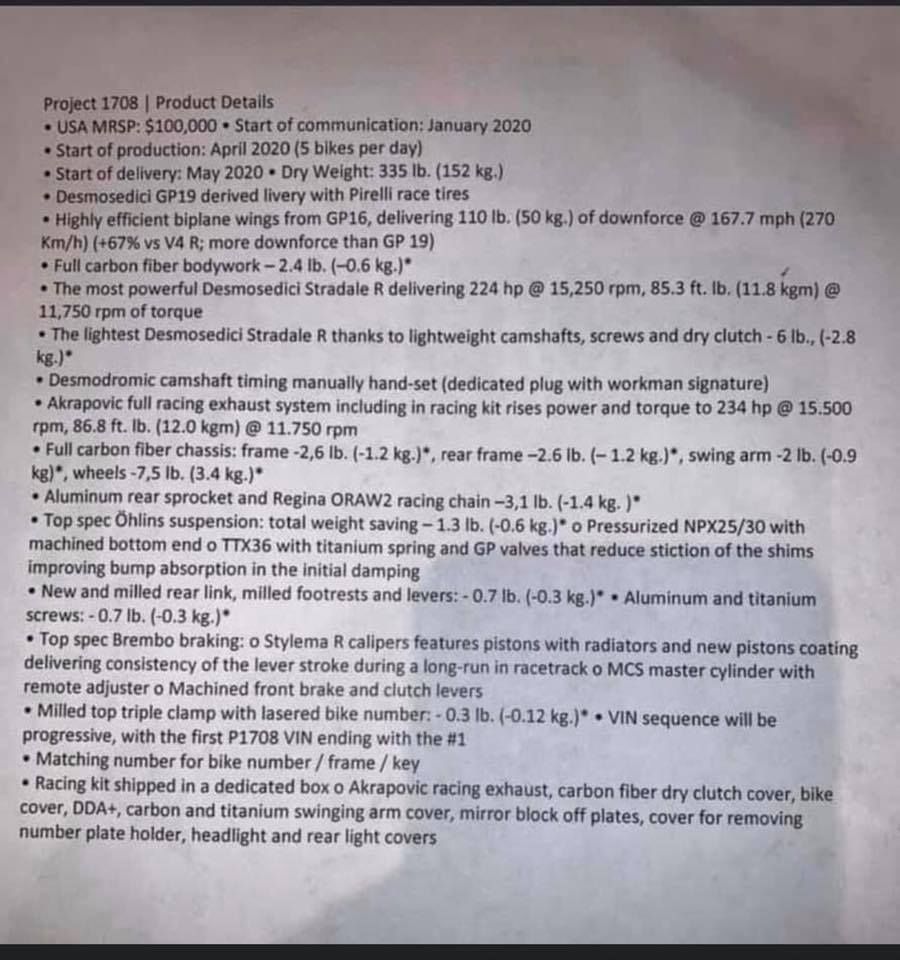 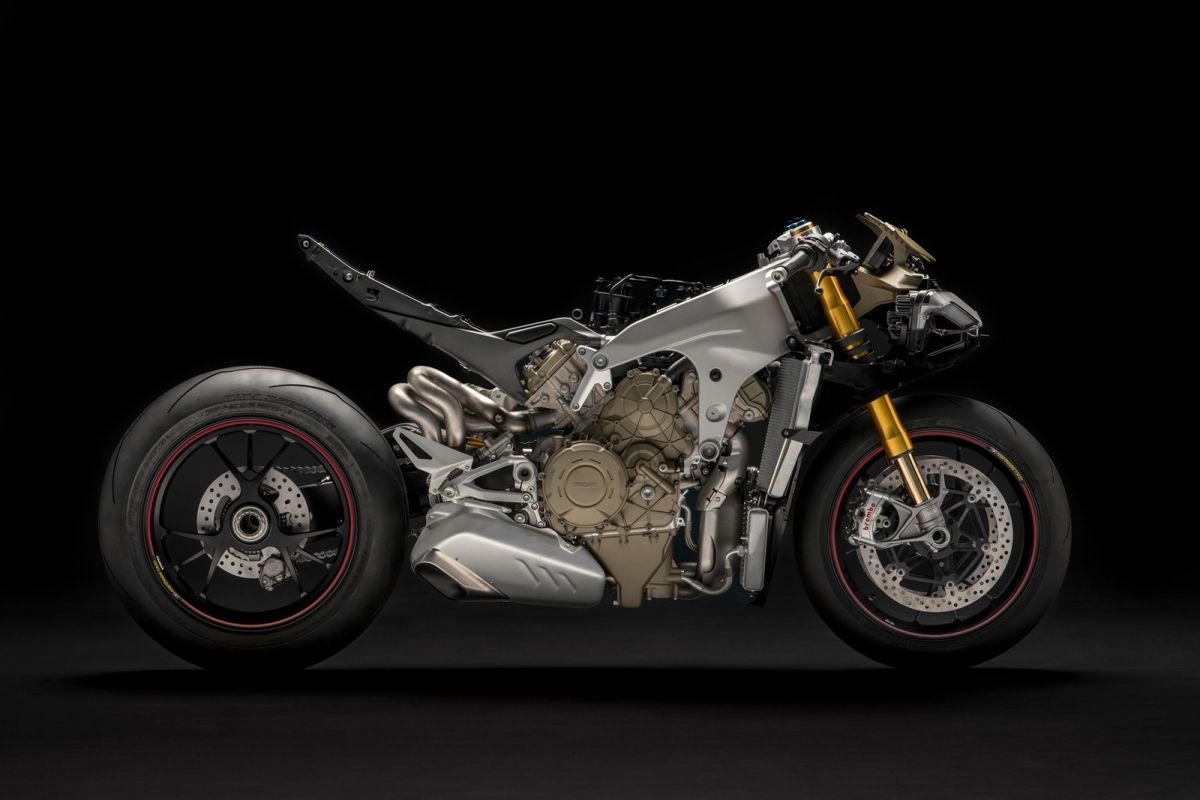 The suspension will probably be from Ohlins and the brakes from Brembo.

It might be fitted with Pirelli race tires. Can this mean that the Ducati "Project 1708" is made only for track use? For the moment we will have to wait and see.

And like all exclusive superbikes, it will be made in limited numbers, only 500 units. The pricing for the American market is expected to be $100,000 while the delivery date is set for May 2020.