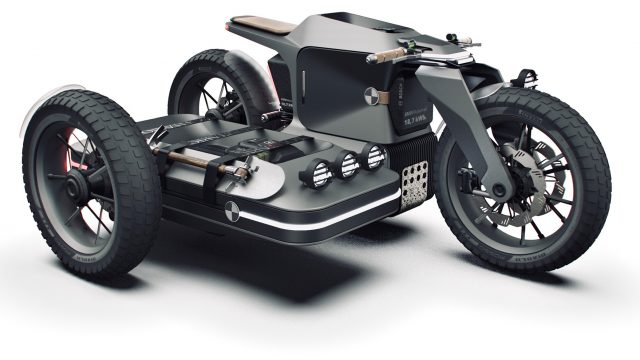 BMW Motorrad x ESMC Off-Road Adventure e-motorcycle is the full name of this electric bike we see in the pictures. The man behind this 3D design rendering is Iago Valiño who is a design student and his project features a view of a futuristic electric sidecar fitted with an 18.7 kWh battery.

Most electric motorcycles feature a bodywork which often revolves around a huge powerplant and a bunch of batteries, but this isn’t the case for this design rendering according to these photos from Behance. Instead, we get a futuristic BMW electric sidecar featuring a design similar to the iconic German boxer engine and a lot of bold lines. 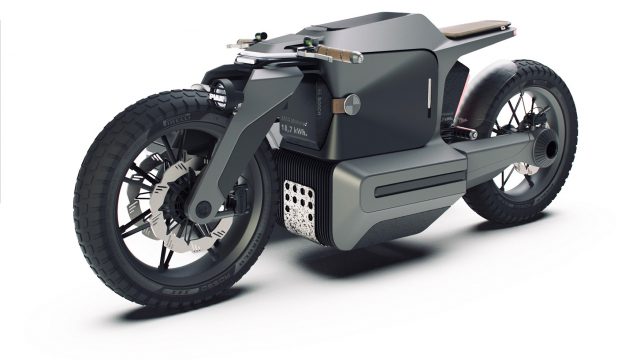 The BMW electric motorcycle has PIAA LED rally lights on the front of the sidecar which was designed to store tools such as shovels, axes and any other equipment a rider could find useful on a long adventure trip. Of course, it also features knobby tires on all three wheels to suit any off-road conditions. Other features include translucent fenders, spoked wheels, single-sided swingarm, Brembo radial brake callipers on the front, unconventional fork design and a narrow seat to name a few. 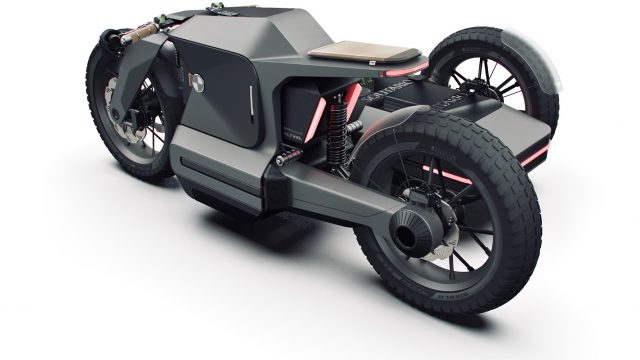 Moreover, it features an 18.7 kWh battery and there’s an extra battery built inside the sidecar to extend the range.

“The original project was more on-road focused and with this one, I just wanted to give it the off-road looks, without modifying ground clearance or some other aspects. Maybe, the "off-road" adjective doesn't fit quite well, but I was thinking on travelling around the world without having to avoid bad condition or dirt roads (Morocco for example), not dunes or similar pure off-road conditions. Either way, this was originally a really quick project and I had no time to approach technical solutions, the main proportions and front suspension system come, slightly modified, from the BMW DC Vision, an official concept, more or less as undrivable as this one could be,” said Iago Valiño, design student. 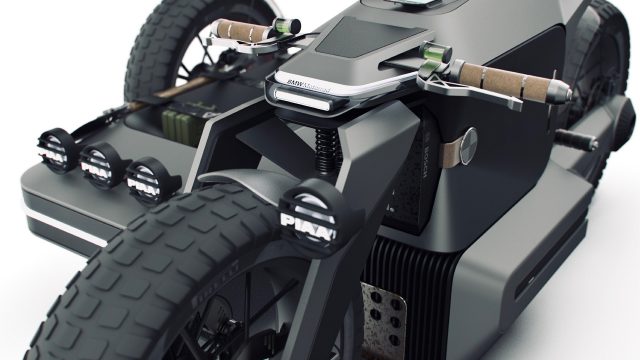 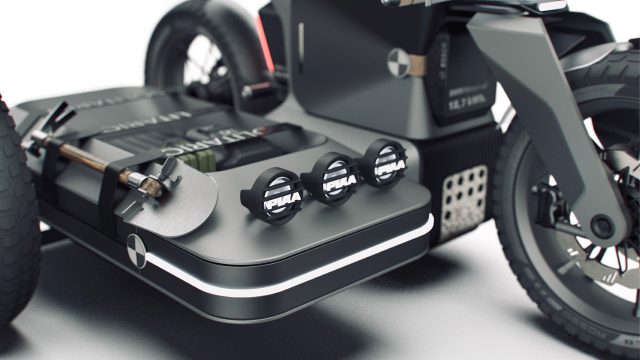 As far as the tech specs go, there are no details and this is just a design rendering thus there is no official information if this BMW electric sidecar will ever see the day of light or if it’ll remain just a sketch. 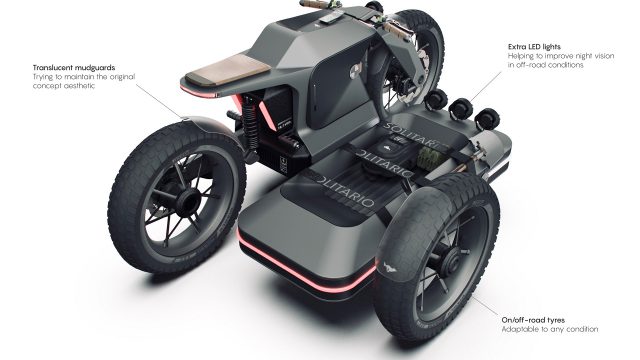 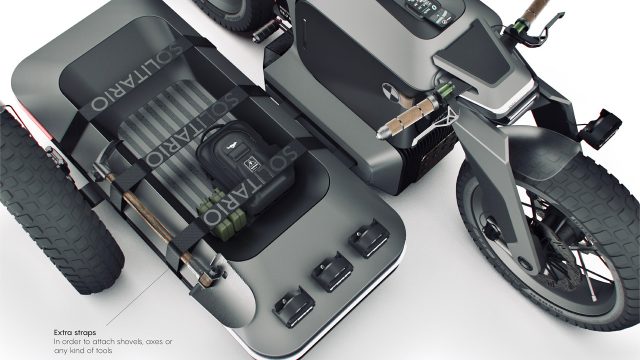