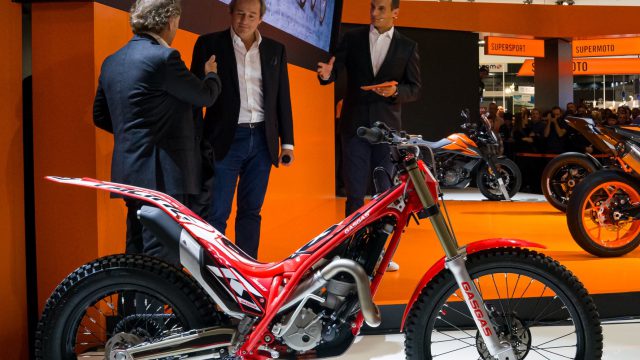 The new 800cc bikes will have KTM DNA

Too bored of off-road riding? How about a sporty engine naked bike from GasGas to hit the twisties. It's true. The brand announced it will make street bikes. Here's the scoop.

Pierer Mobility Group, formerly KTM Industries Group, is one of Europe’s leading manufacturers when it comes to motorcycles for combustion and electric engines. They own KTM, Husqvarna and a part of GasGas. Now, the plan is to build three GasGas street bikes. What to expect? Well, two models will have 800cc engines in the form of a naked and an adventure bike, while the third model will be a 250cc naked bike.

Back in September, the Austrian company purchased a part of GasGas and the vision was to expand its model range on new segments of the motorcycle market with four-stroke engines. So, the new street bikes will be produced on existing KTM motorcycle platforms.

The GasGas 250cc naked bike will probably be a KTM 250 Duke targeted for the Indian market while the 800cc models will most likely be based on the 790 Duke and 790 Adventure and focus on the European motorcycle market.

GasGas will continue to build off-road bikes with engines displacements from 200cc to 300cc and electric bikes for young riders. The new street bikes can appear next year at Eicma, but we will have to wait and see how long it will take to develop the new GasGas street motorcycles.