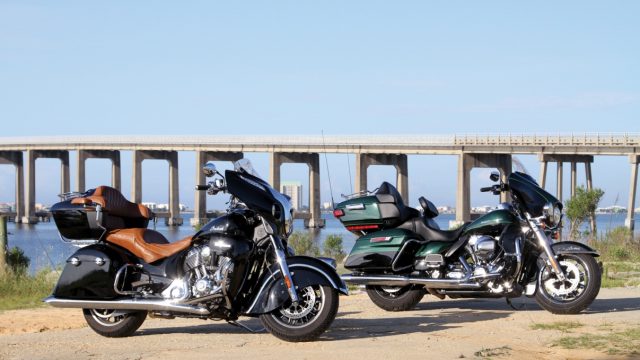 Long story short: the Trump administration “finely tuned” the tariffs on raw steel and aluminium imported from Europe, and in response, the EU installs a 25% tax on US motorbikes. Guess we’d be better off adding a big-lettered “sh*t,” and ending this piece of news, but we believe our readers have the right to be informed.

The European Union and its unified economic markets didn’t take too kind of Trump administration’s new tariff policy on imported raw steel and aluminium. With a 25% hike on steel and a 10 percent tax increase on aluminium, the US administration thought they’d make a point of sorts, but the EU wasn’t too late in reacting.

A new EU ruling imposes a 25% tax on “motorcycles, incl. mopeds, with reciprocating internal combustion piston engine,” and it targets bikes with displacements of 500cc and bigger. That is, pretty much every motorcycle that travels overseas bearing an US badge will be subject to this new tax.

It doesn’t take a moto industry analyst to figure out that Harley-Davidson receive the strongest blow in this trade war, as Milwaukee is the biggest US exporter of motorcycles to the EU. We haven’t run through all the recent statistics, but we’re positive that Indian is also affected by this measure, albeit in a much lesser way.

However, unlike the Bar and Shield, Indian’s turnover is based on a growth derived from adding more and more dealers to their home market, while the EU sales are still modest. With around 70% of their bikes being sold within the US, Indian can still ignore (to a certain point) this price surge for the European market, and hope for the best in the future.

On the other hand, Harley can’t just sleep on the extra 25% tax. With sales in the domestic market declining for years and most of the hopes for a revival laying with foreign markets, Milwaukee has to act fast.

We’d say that Harley will soon have to make a choice between pleasing the stockholders and fulfilling their ever-growing hunger for money, and playing a safer card that could smooth out a bit the impact the 25% tax will have on EU sales. On one hand, keeping stockholders happy is a natural thing, provided that their greed is tempered (somehow). On the other hand, declining sales could easily turn into a snowball that could start an avalanche that’s impossible to stop.

Prices that are 25% higher in Europe for Harley mean smaller volumes, and this means a smaller turnover, triggering, in turn, smaller gains for everyone holding H-D stocks. No need for a specialist to tell us this is bad, right?

Still, Harley could cover a part of the price hike, keeping the sales as high as they can, trying to compensate this loss with money they make selling anything else but bikes. Think branded gear, various merchandise, apparel, souvenirs, tours, (more or less) exclusive memberships in all sorts of clubs, and similar third-party services die-hard fans love to buy.

How long will the EU impose these taxes? We guess that depends on the taxes from across the pond. Hopefully, thing gets sorted out quickly, because it has a bad impact on both European customers AND US motorcycle manufacturers. And another blow is hardly what H-D is looking for right now…