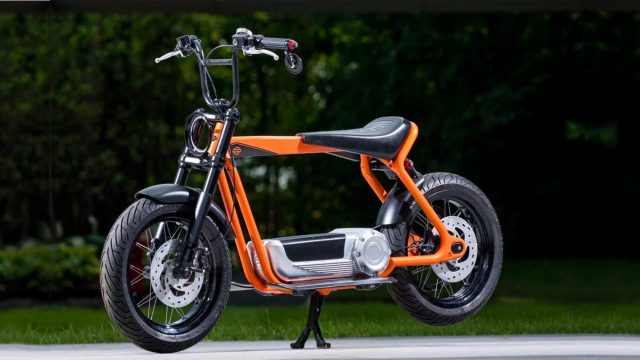 A production electric scooter from Harley-Davidson? It seems so.

We saw one year ago Harley-Davidson’s electric scooter concept and now the guys from Harley are showing some design sketches indicating that their concept might be heading to production. Probably this is step two of their More Roads to Harley-Davidson product plan.

The electric scooter was showcased in 2019 at the Consumer Electronics Show in Las Vegas. Looking at the design sketches we may believe that this could be the brand’s second electric vehicle after the LiveWire model.

It is designed to be an urban commuter and by looking at the sketches, the battery should be replaceable as far as the handles and runners tell us. These design sketches were made for the European Union Intellectual Property Office, so things look serious for Harley-Davidson when it comes to electric vehicles.

The sales for the U.S. manufacturer dropped in a few years, so the EV vehicles should bring new fortune for the company.

Comparing the dark coloured concept with the orange electric scooter, one difference is obvious – the battery. Other changes are the fork, the handlebar, the saddle and the brake discs which now are larger. The frame is also different, the design is now round in the lower part compared to the rectangular one of the concept. On the orange electric scooter, front and back wings have been added.

So, the Harley-Davidson Electric Scooter in the production version may be closer to reality than we might think.