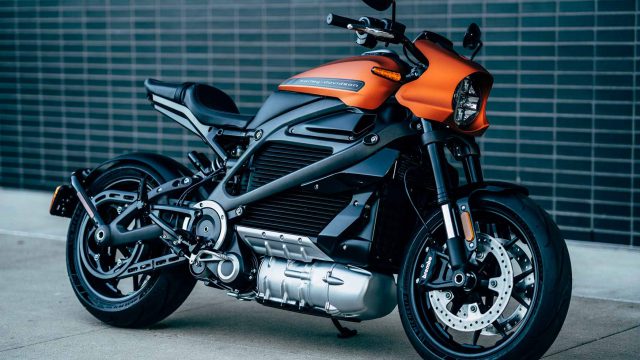 Harley-Davidson reveals the first official photos of LiveWire, their seminal electric motorcycle, but refrain from sharing any tech details with the world

Harley-Davidson released the first official photos of their first mass-production electric motorcycle, LiveWire. The machine that will arrive in the dealerships next year differs quite a lot from Project LiveWire, the initial prototype H-D started testing back in 2014, and the changes are for the better.

If anything, LiveWire looks like any decent Bar and Shield roadster should look, despite some lines that remind us about the Buell era. Compact, aggressive and bold, H-D’s electric beast is quite a looker, and we’re positive it will turn a lot of heads even before people notice the Harley-Davidson lettering on the “tank.”

Paul James, Director of Programme Management for LiveWire, says that the commercial version of the bike shares less than 1% percent of the parts with Project LiveWire. This means that Milwaukee literally built a whole new electric roadster based on Project LiveWire. H-D also adds that the production motorcycle was engineered with input from the riders who tested Project LiveWire worldwide since 2014.

The MoCo has elegantly avoided offering any tech details about the LiveWire, and opted instead to stress out the connectivity features. Their electric bike will be capable to pair with the rider’s smartphone, showing call-related info and navigation on the color TFT display. Nothing fancy here, a lot of bikes have been equipped with this features years ago, especially electric ones. Music and bike diagnostics are also on the list, and this is yet another step H-D takes towards the future, and we’re ever so glad they went this way.

The transmission is a simple, twist-and-go system that’s sure to appeal to many of those who are not riding a gas-powered motorcycle yet. Harley thinks that LiveWire could bring lot of new riders in the MoCo world, especially younger ones, who are more prone to buy electric vehicles.

Aside tech details, we’re eager to learn the price tag of the LiveWire. A good price could make a huge difference, especially because younger generations of riders are no longer that willing to fork out $30-40K on a bike, be it an electric one with a bar and shield on it. We’ll keep you in the loop, so stay tuned.