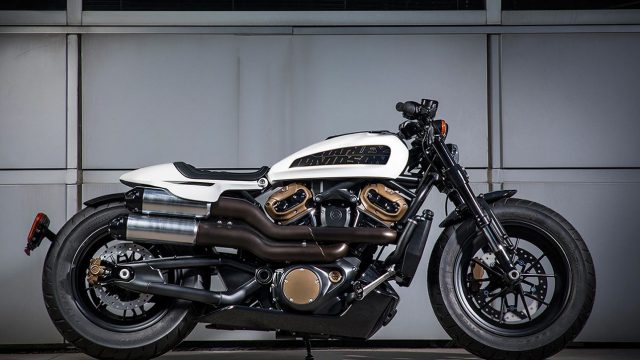 The two bikes were planned as 2020 models, but Harley-Davidson pushed back the development of its bikes another year as the official website displays. Pan America will be fitted with a 1250cc V-twin making 145hp while the hooligan Bronx streetfighter model sits at 115hp from its 975cc V-twin power unit.

The announcement may come as a result of Harley-Davidson’s new interim CEO Jochen Zeitz, who replaced Matt Levatich in the firm’s top job in February last year.

The bikes were showcased at EICMA last year and both feature a new generation engine called Revolution which is a liquid-cooled 60 degrees V-twin.

Besides the new engine, the Milwaukee brand will deliver the two motorcycles worldwide. So, we could see the Pan America and Bronx models on the European market.

This is Harley-Davidson’s first adventure motorcycle which is a surprise considering that the company is known for its badass cruisers. As far as the prototype goes, the 1250cc V-twin delivers 145hp which is just between a big GS model from BMW and the power delivery of a KTM. Also, the maximum torque figure sits at 122Nm.

Moreover, we got a chance to take a glimpse of the bike at EICMA and suspension wise the Pan America will likely feature a semi-active configuration from Showa. The engine comes as a stressed member of the frame and it features a removable sub-frame. Other features include a TFT dash and an adjustable windscreen, crash bars, engine guard, Brembo brakes and spoked wheels with a 19-inch front wheel.

It looks like Harley-Davidson is taking things seriously considering the adventure segment. We’re curious to see if the production model has the same features as the prototype version and how much it’ll cost.

Moving on to the streetfighter, Harley-Davidson fitted the bike with a 975cc V-twin making 115hp and 95Nm of torque. There are few details about this model and it seems like the wet weight will sit at 220 kg.

Furthermore, it features radial Brembo callipers on the front, upside-down fork and a digital dash which looks like an analogic one. Judging by the buttons on the left handlebar, the Bronx model will feature different riding modes and could come with different levels of traction control and cruise mode.

Harley-Davidson is targeting new motorcycle segments and these two models are not the only bikes in their future range as a new custom cruiser is in the works for next year as well. The bike will have a stripped-down styling and a water-cooled 1250cc engine, most likely the new Revolution V-Twin engine from the Pan America, but with different power figures.