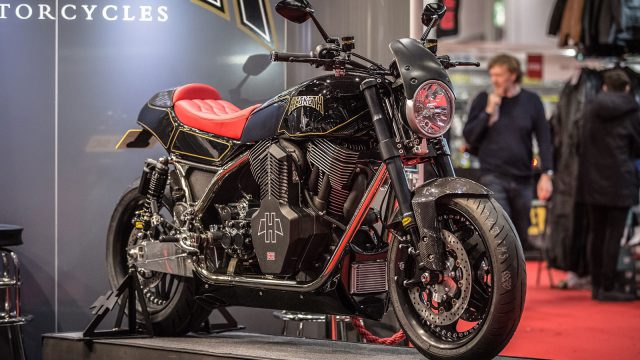 Named after a war machine, Kesketh Valiant is capable of massive 294 NM and more than 200 horsepower

The British engineers thought that 2,100 cc was not enough. So they put a supercharger on that monstrous air-cooled V-Twin.

294 NM is twice more than a Suzuki Hayabusa. That’s due to a supercharger supplied by Rotex and developed with forced induction specialists TTS Performance, according to MCN.

The most of engineering and parts are made in UK – Smith speedometer, Nottingham Gia frame and swingarm, Billet World primary drive, rocker covers and yokes.

The Hesketh Valiant Supercharged will be available in summer 2018 and will cost £50,000