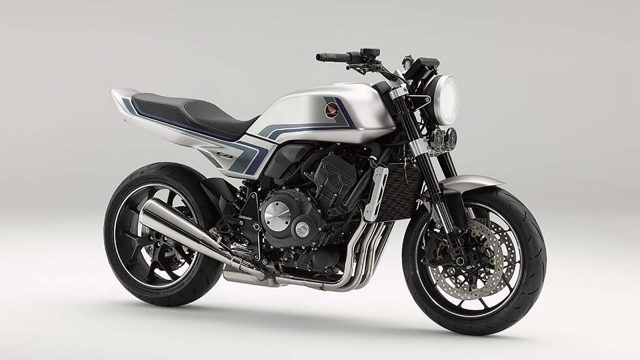 The motorcycle shows in Tokyo and Osaka were cancelled this year due to the COVID-19. Honda found a solution for this situation and launched a website, Honda Virtual Motorcycle Show, to showcase its latest motorcycles and concepts. In this case the Honda CB-F Concept.

We have the chance to take a glance of the CB-F Concept, a new vision from Honda to what a neo-retro bike should look like.

The motorcycle is built on the CB1000R platform which shares the DNA from the CBR1000RR superbike. So, the CB-F could be fitted with the 998cc inline-four engine. Probably, the engine was down-tuned from 143 hp to around 100 hp to fit the neo-retro looks. Furthermore, the bodywork was inspired by the Honda CB900F and the CB750F model from the late ‘70s. So, if this CB-F Concept bike becomes a production model we could be looking at a rival for the BMW R nineT, Triumph Thruxton 1200, Kawasaki Z900 RS and Yamaha XSR 900.

There are no technical details regarding the Honda CB-F concept bike. It will be interesting to see what will happen with this concept bike as Honda has a retro bike in its model range in the form of the 88 hp CB1100 RS.