Honda CB4X Concept. Should they build it?

Honda’s getting back to the sport-touring segment

Honda unveiled the CB4X concept at the EICMA. Although there’s no rumor about getting it to production, Honda needs this kind of bike. The VFR800X Crossrunner is getting old, and we doubt that Honda will adapt it to the Euro 5 regulations.

So the CB4X could be a hint at the future for Honda in the sport-touring segment. An adventure-inspired sport-touring motorcycle, powered by an inline-four engine - in our case, Honda used the CB650 engine, but the chassis could also be adapted for the CB1000R unit.

If Honda decides to build it, the CB4X will be a fierce rival for the Tracer, the Multistrada, and the XR in the sport-touring niche. Hopefully, they will consider using the 1,000 cc engine, too.

The CB4X concept features a single-side swing-arm, which seems to be similar to the one on the VFR, a full-color TFT dash, and the keyless ride, identical to the one on the CBR1000RR-R. The engine is a stressed member, so we’re expecting a lightweight and nimble machine.

The bike was presented at the EICMA in Milan. 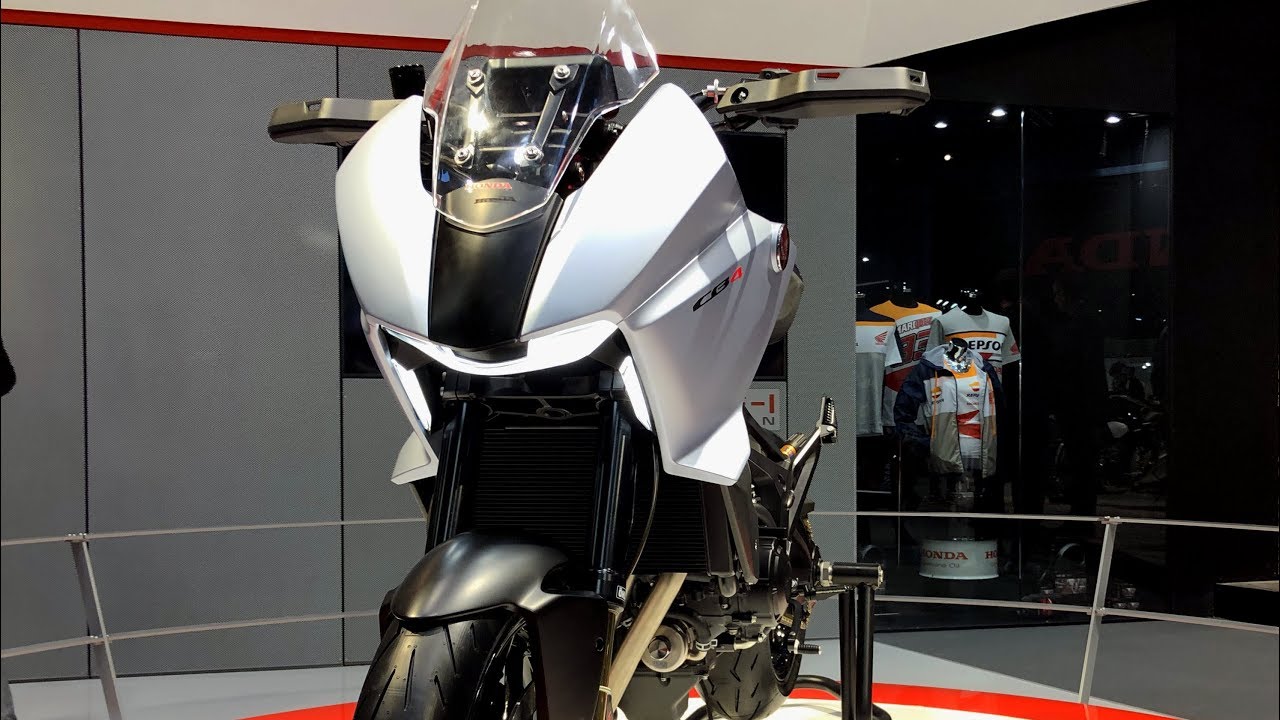