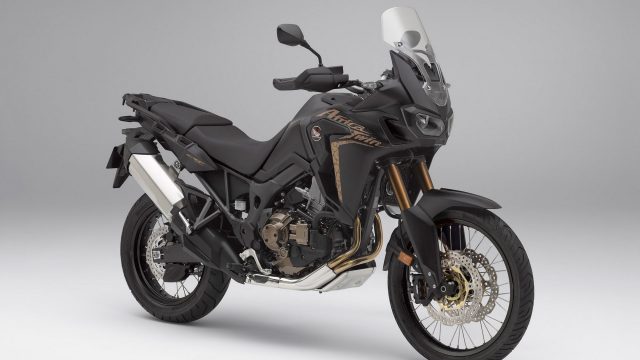 Honda has taken the wraps off its latest version of the Africa CRF1000L Africa Twin adventure bike, a revised and improved version of the bike launched back in 2016. It comes with an improved engine, lighter chassis and now features Throttle By Wire (TBW) with new riding modes.

There are three modes in total and each riding mode juggles power (P), engine braking (EB) and Honda Selectable Torque Control (HSTC) to make the most of each situation.

Honda promises that by introducing TBW it “greatly expands the choices available to the rider to manage engine output, feel and rear wheel traction. Whereas the outgoing model had 3 Levels of HSTC, plus OFF, the new system features 7 Levels.”

Engine-wise, the 2018 CRF1000L Africa Twin promises better response from its 998 parallel twin, even though torque and power figures and curves remain unchanged. This comes courtesy of a modified airbox, a revised, lightened exhaust (that Honda claims improves both noise and performance) and there’s a new lighter balance shaft weight too.

Kilos have been shed elsewhere, namely 2.3 kg through the use of a lithium-ion battery. The bike is now 2 kg lighter than before, weighing in at 230 kg for the manual transmission version and 240 kg for the DCT version.

The dual clutch transmission is still available on the latest Africa Twin, making it the only such proposition in the adventure segment – the only rival that currently outsells it is the BMW  R1200 GS.

As before, the transmission has three modes: one fully manual, drive and sport, the latter two being fully automatic. Incline detection helps the gearbox adapt its gear shift pattern on the fly in order to maintain progress.