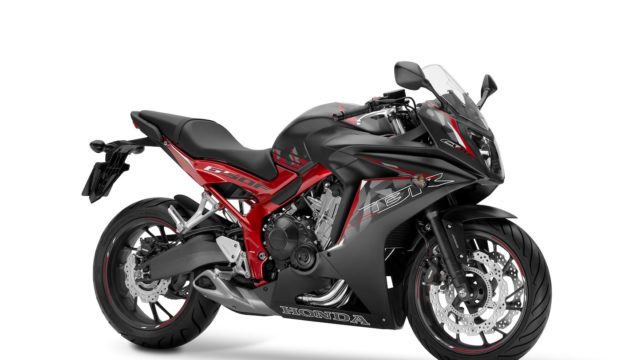 Of course, the main news from Honda is the new Africa Twin – the others are just some updated versions of the old Honda line-up – the main aspects are the LED lights, available for some models and the colors.

The entire A2 license 500 model were updated with LED head and taillights, adjustable pre-load on front suspension, adjustable brake levers and larger fuel tanks. The CB500F naked has a new look and six new color options, and the sporty CBR is sharper. Both have a different exhaust. The X crossover comes with an adjustable windscreen and a 500 km fuel range, according to Honda.

The NC750X, which is the most interesting of the group, has a tougher look and a larger storage compartments (22 liters – one liter more). Also, the tank has external rails, for mounting a tank bag easier. Besides the addition of the 3 S Mode in DCT version, Honda says that both MT and AT riding modes were updated.

In the official press release regarding the updates, Honda says that the DCT is now available on nine models and that in 2015, 48% of customers have chosen the DCT version.

Both versions of the four-cylinder middleweight bikes get new colors for 2016. Also, they can be restricted to A2 category. Besides the styling, everything remains the same.

The CBR is the sporty-faired one while the CBF is the naked – a great all-rounder just as the CB600 Hornet, one of Honda’s best-sellers.