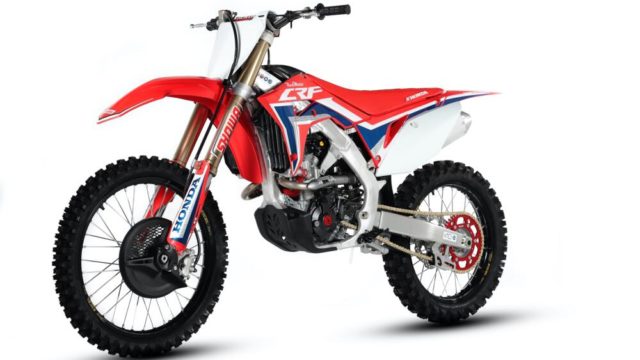 RedMoto is an Italian Honda dealership who likes to customize some of their models. The Honda CRF 250R Carbon Edition and Carbon Edition Pro are their latest special version motorcycles. They are fitted with carbon fiber fuel tanks which could be a first when we look at dirt bikes. Also, the rims and chain are made from lightweight materials.

The two special Honda motocross bikes feature special setups and a carbon fiber fuel tank made from CMT composite materials. And that’s not all. The Honda RedMoto CRF 250R Carbon Edition and Carbon Edition Pro are fitted with special components to help the bikes lose some weight. So, we can see Excel rims, from the special Supersprox crown in red anodized Ergal and lightened and reinforced RK chain. To make the bikes stand out, RedMoto used HRC graphics complete with a seat cover.

Like most dirt bikes, the CRF 250R needs to sound good. So, RedMoto fitted a Termignoni exhaust system and an XTRIG plate machined from solid materials just like the engine and brake pump caps.