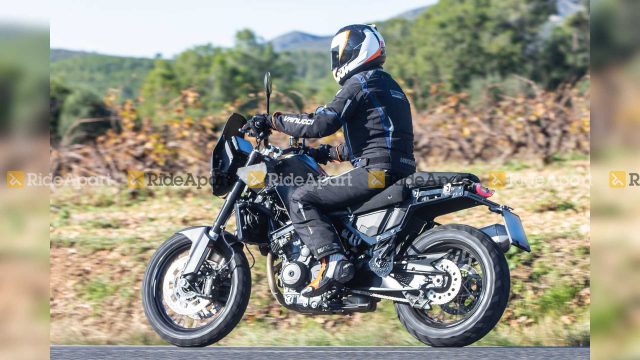 The Svartpilen model range will have a new model

Since the Norden 901 Concept was unveiled at the EICMA show in Milan last year we knew that the brand has plans do develop a larger engine to add to its range. Now, according to RideApart and these spy shots, we can see that Husqvarna is testing what could be the upcoming 901 Svartpilen. It has a parallel twin borrowed from parent company KTM and spoked wheels.

All Husqvarna models are equipped with single-cylinder engines and now we have a glimpse at a parallel twin most likely derived from the one fitted on the new 890 Duke R as the side view gives it away displaying the KTM badge. So, it’s interesting to see if the engine was detuned from the 890 Duke R unit which makes 119hp (89 kW) and 73 lb-ft (99 Nm) of torque at 7,750 rpm. To match the cafe racer look, there is a chance that Husqvarna could have ‘tamed’ the engine a notch and we could expect the power delivery to be above 75hp and 72Nm (or 55 ft-lbs) of torque which are the figures of the 701 Svartpilen model. 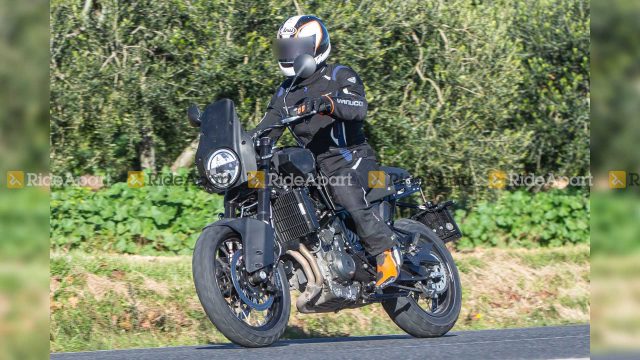 The bodywork was stripped down so there’s not much to tell, probably what we’re looking at are not the final design lines of the bike. We can see the motorcycle has a trellis frame, a swingarm which looks similar to the one fitted on the 890 Duke R. 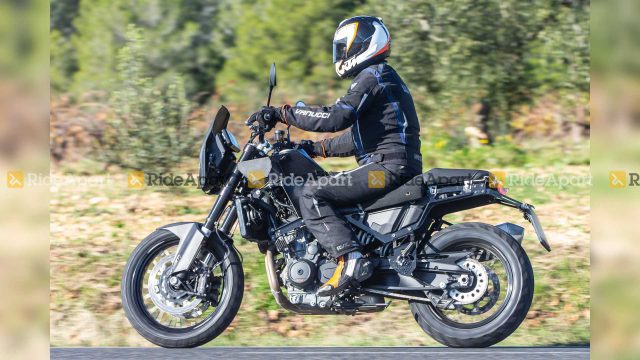 Suspension wise it will be fitted with a WP upside-down fork and mono-shock while the brakes are provided by Brembo with radial callipers on the front. A difference from the 401 and 701 models are the spoked wheels which equip the upcoming model.

Moreover, in these spy photos we can see there is a second bike which has a different windscreen and mirror design. So, there could be a 901 Vitpilen on the was as well. For now, we guess we have to wait until EICMA to see the new bikes. 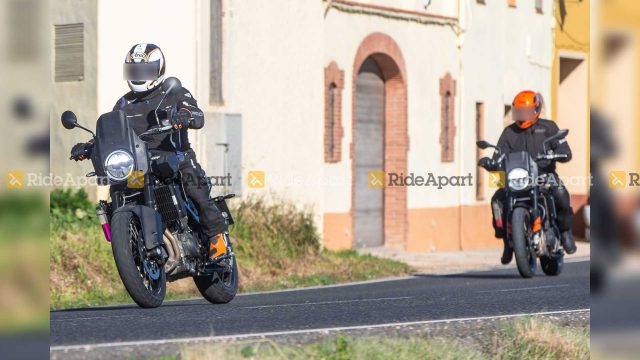 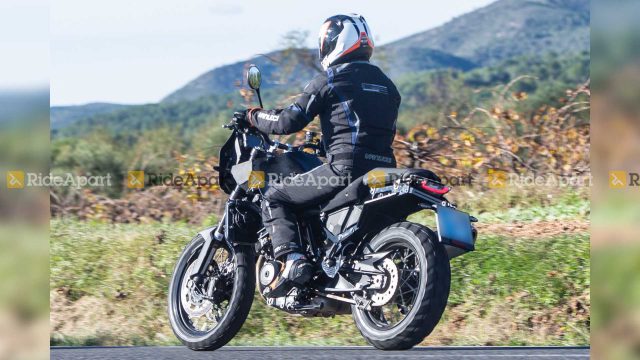