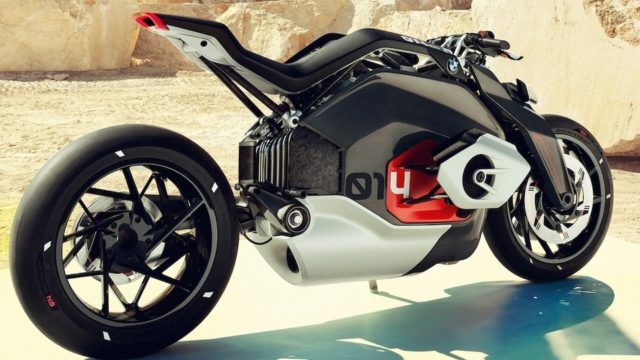 BMW has registered a total number of nine trademarks starting with DC 01 and continuing all the way to DC 09. This doesn’t necessarily mean that the German company plans to launch a full nine model electric motorcycle range in the near future but it shows that the BMW Vision DC Roadster could be heading to production as well as some future e-roadsters, e-tourers, and e-adventure bikes.

Back in June 2019, BMW showcased the futuristic Vision DC Roadster concept while in December the E-Power Roadster prototype made its way to the spotlight. The latter used components from current petrol motorcycles models such as the front end of an S1000R and the shaft-drive rear of an R-series boxer. So, the future BMW DC electric motorcycles could be somewhere in between the two concept bikes and feature components from the Vision DC Roadster’s bodywork wrapped around the electric drivetrain of the BMW E-Power Roadster Concept.

Also, BMW has registered the CE 02 and CE 04 names which could lead to a couple of new electric scooters we might expect in the future. C Evolution is the name of the current electric scooter from BMW which was launched back in 2012 and has been in series production since 2014. Thus, CE 04 could be the successor to the current C Evolution, while CE 02 could mean a smaller, cheaper version.

There are no details of when we could expect an electric motorcycle or scooter from BMW, but taking into consideration all the details of the electric bike concepts presented last year, the DC model range will likely feature elements from both of them.