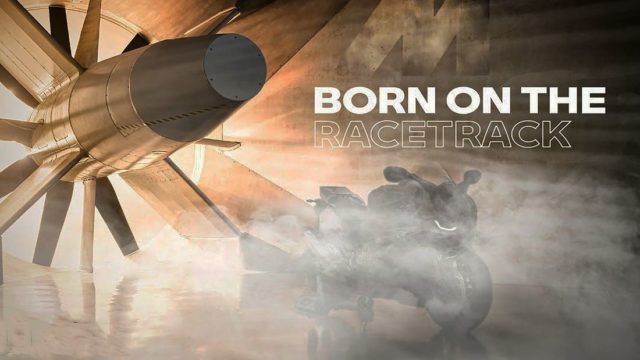 BMW has announced that they are set to launch a track only version of the BMW S1000RR model. The bike is scheduled to be unveiled on September 23, 2020.

The first details about the new track version of the BMW S1000RR appeared on the German brand’s official YouTube channel where there’s a live online presentation set on September 23rd. The only details are the fact that the new version is “Born on the Racetrack”, thus, this could mean that the superbike is just a track only machine.

The track only BMW S1000RR could feature some major updates like the aerodynamic winglets fitted on the bike that appear in the shades of the photo you see above. Furthermore, the aerodynamic package could actually come with active winglets designed to increase or decrease the downforce of the motorcycle and improve the stability under hard braking. This feature should come as no surprise considering BMW already filled a patent for an active aero package.

Other features could include a name change to M1000RR as we know that last year the M Power performance subdivision was linked to BMW Motorrad and rumour has it that three new models could be in development – M1300GS, M1000RR and M1000XR.

We cannot wait for the big reveal tomorrow and hope you are as excited as we are! 🤩 Get your questions ready to our…

One question remains though regarding the fact if this new BMW S1000RR remains a track only version or if it’s suited to compete only in the World Suberbike Championship. Eighther way, for a motorcycle to race in WorldSBK, the rules say that the manufacturer has to sell a number of models first in order to receive homologation to race in the series. If you want to watch the new BMW S1000RR live online launch you can see it following the link bellow.