The motorcycle base model is a Ducati Hypermotard 1100, but Vitaliy Selyukov of Balamutti had a different vision of what the bike could look like. The results are mind-boggling.

Balamutti is a workshop for Italian bikes out of St. Petersburg, Russia. This motorcycle was built with the purpose to race at Baikal Mile in Russia according to Pipeburn. Selyukov was inspired by the Speeder bikes from the Star Wars movie Return of the Jedi.

“The idea of building this bike came about in 2016, and grew for several months on paper, in the form of concept sketches that I knew I wanted to transform in the future. It’s hard to say how the idea of such a motorcycle came to mind, perhaps I was inspired by Anakin Skywalker’s Z-74 Speeder,” said Selyukov. 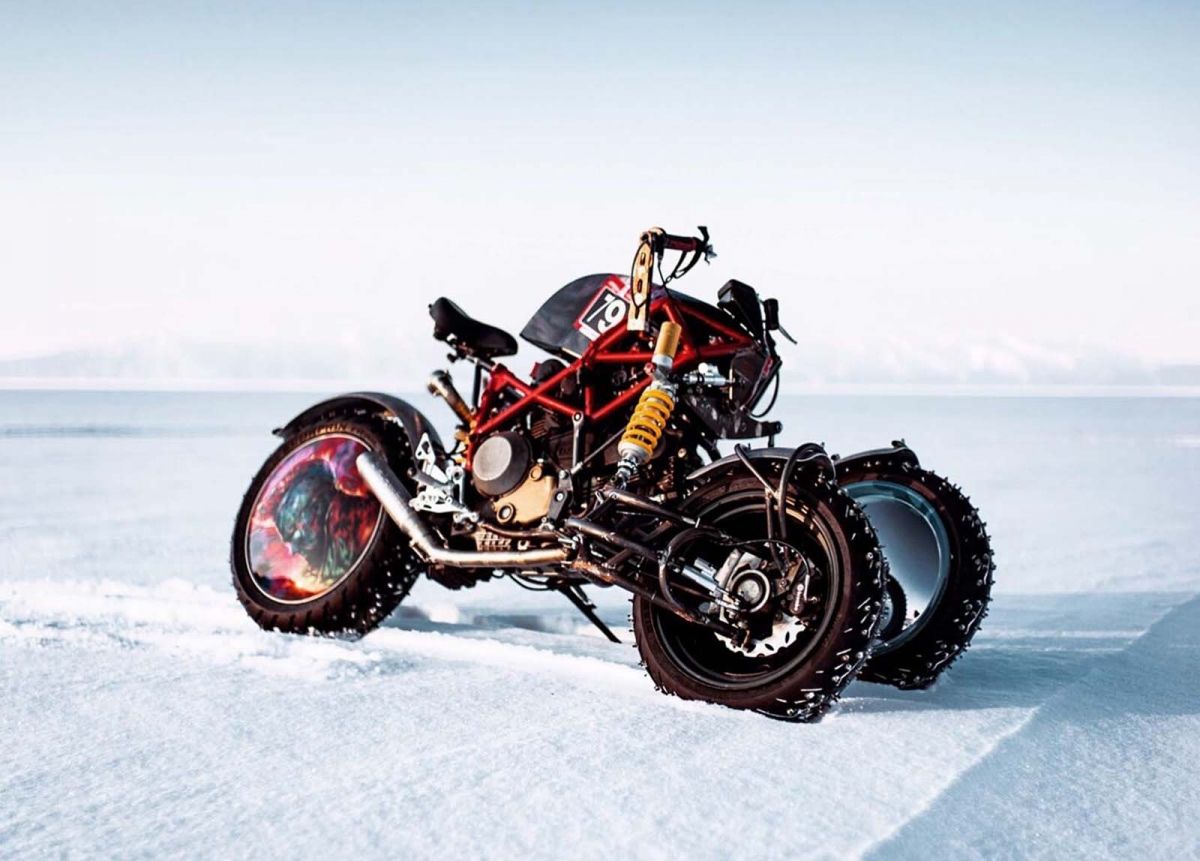 Selyukov received the engine and trellis frame from a Ducati Hypermotard 1100. After that, he started to manufacture the components needed to create this motorcycle, nicknamed Yondu, including the two-wheeled front end. 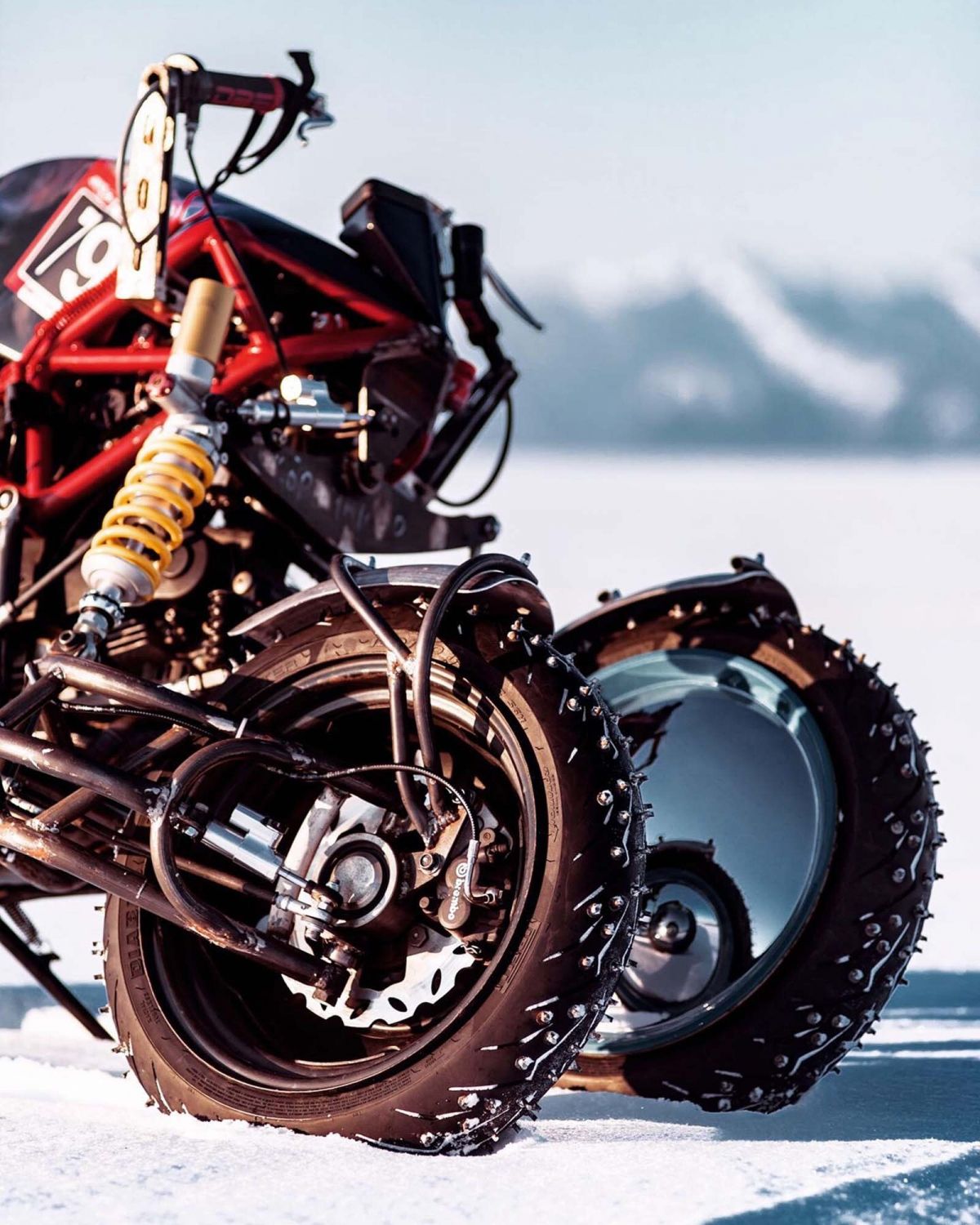 “With this kind of suspension structure, the development of the steering caused difficulties. For almost a year, I could not find a solution. Variants with cables and hydraulics were tested and rejected,” said Selyukov.

The front end design is made from a pair of front tubular swingarms built by Selyukov. He added two suspended Sachs shocks and voila, a three-wheeled Hypermotard was born. 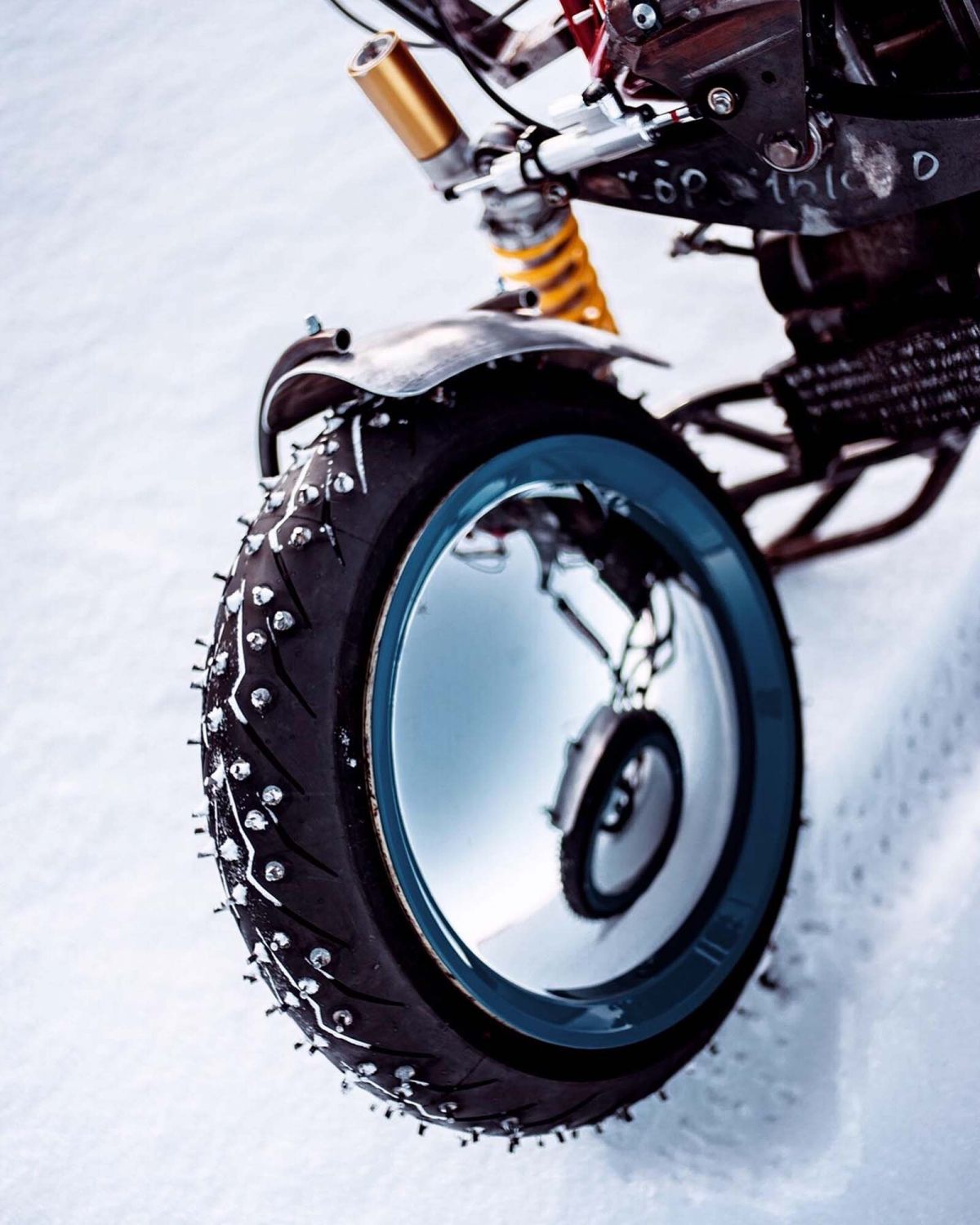 One obstacle was to make the bike steer. So, the Russian bike builder came up with a mix of spherical roller bearing equipped hubs, twin steering dampers and rose jointed actuating rods. Moreover, a third damper was required which Selyukov bolted to the lower headstock along with a pivot arm.

The handlebars are inverted, the rear end features a Sachs shock and a single-sided swingarm, Braking system is provided by Brembo with wave discs and callipers. The custom Hypermotard was fitted with spiked wheels to help it grip on the ice of Lake Baikal. 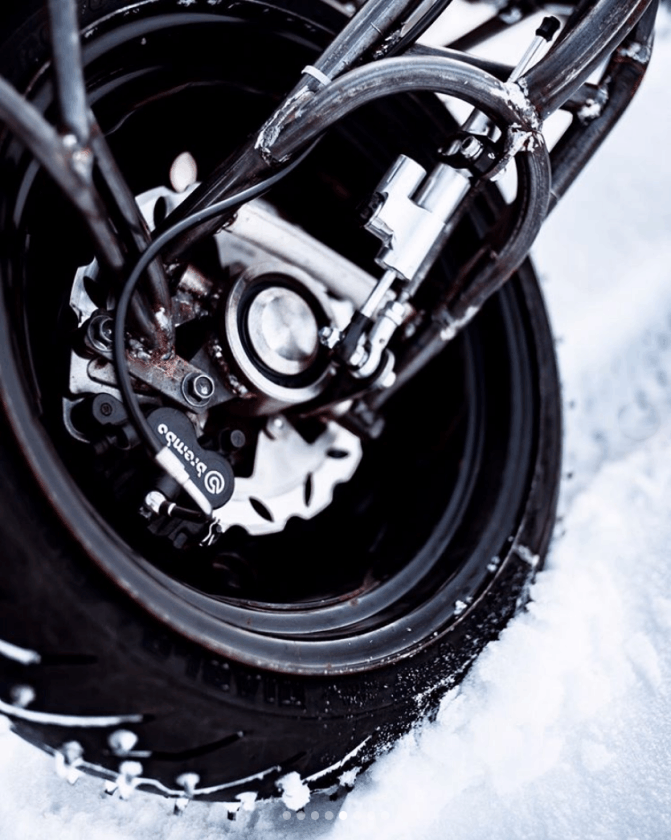 The exhaust system is custom made and was inspired by the design used on MotoGP bikes. A large valve helps the compressor wheel to work properly and prevents the engine from stalling under gear changes. 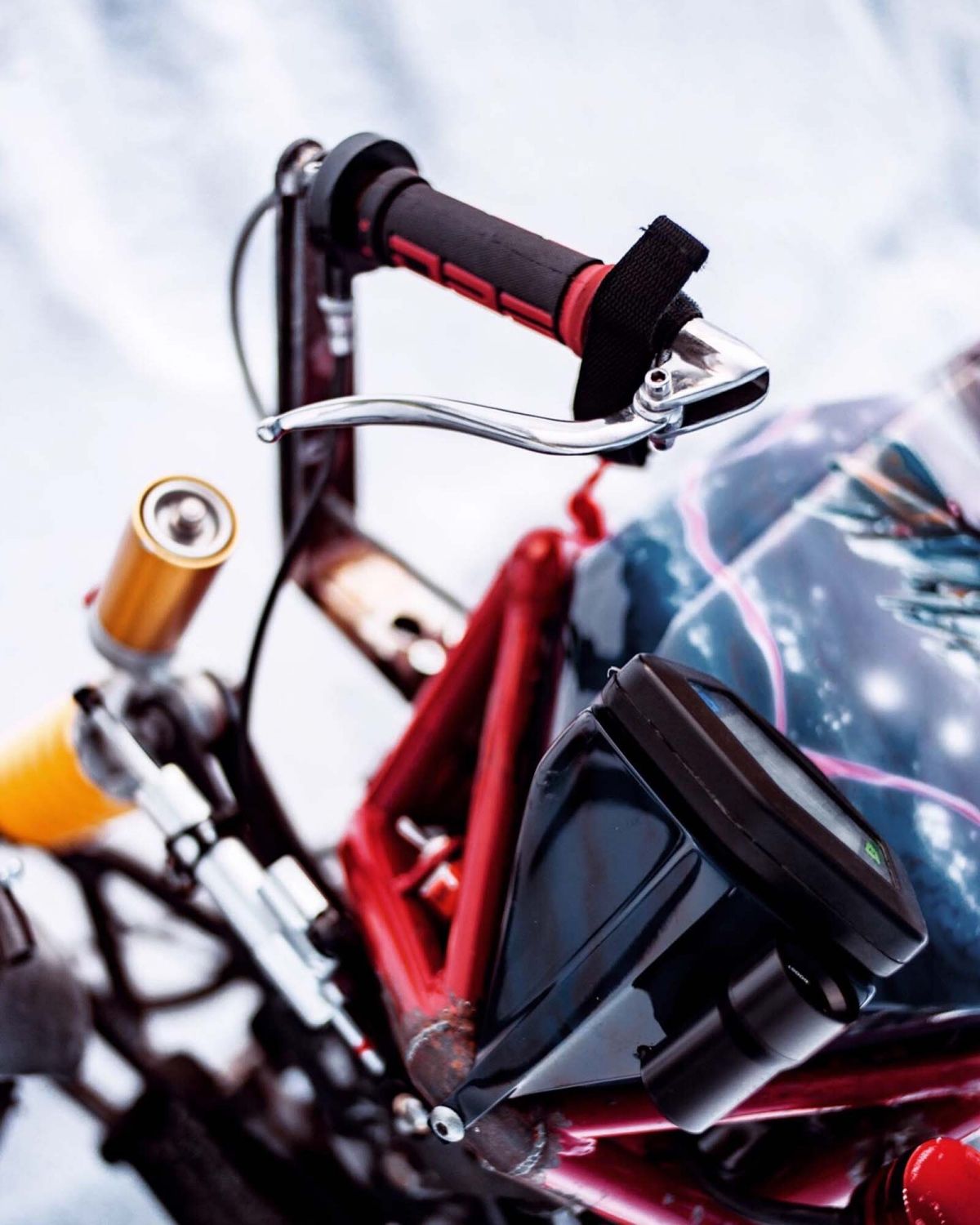 Speaking about the engine, the bike features a crank-driven supercharger made from a chopped Garrett turbo system. There are no details about the hp figures, but the supercharger could increase the power output from the 90 hp standard Hypermotard 1100 engine. The motorcycle was tested in extreme temperatures.

“Contrary to any common sense, the first Yondu test drives were conducted on the ice of Lake Baikal with frost below -10C, and not on warm asphalt, as was originally intended,” said Selyukov. 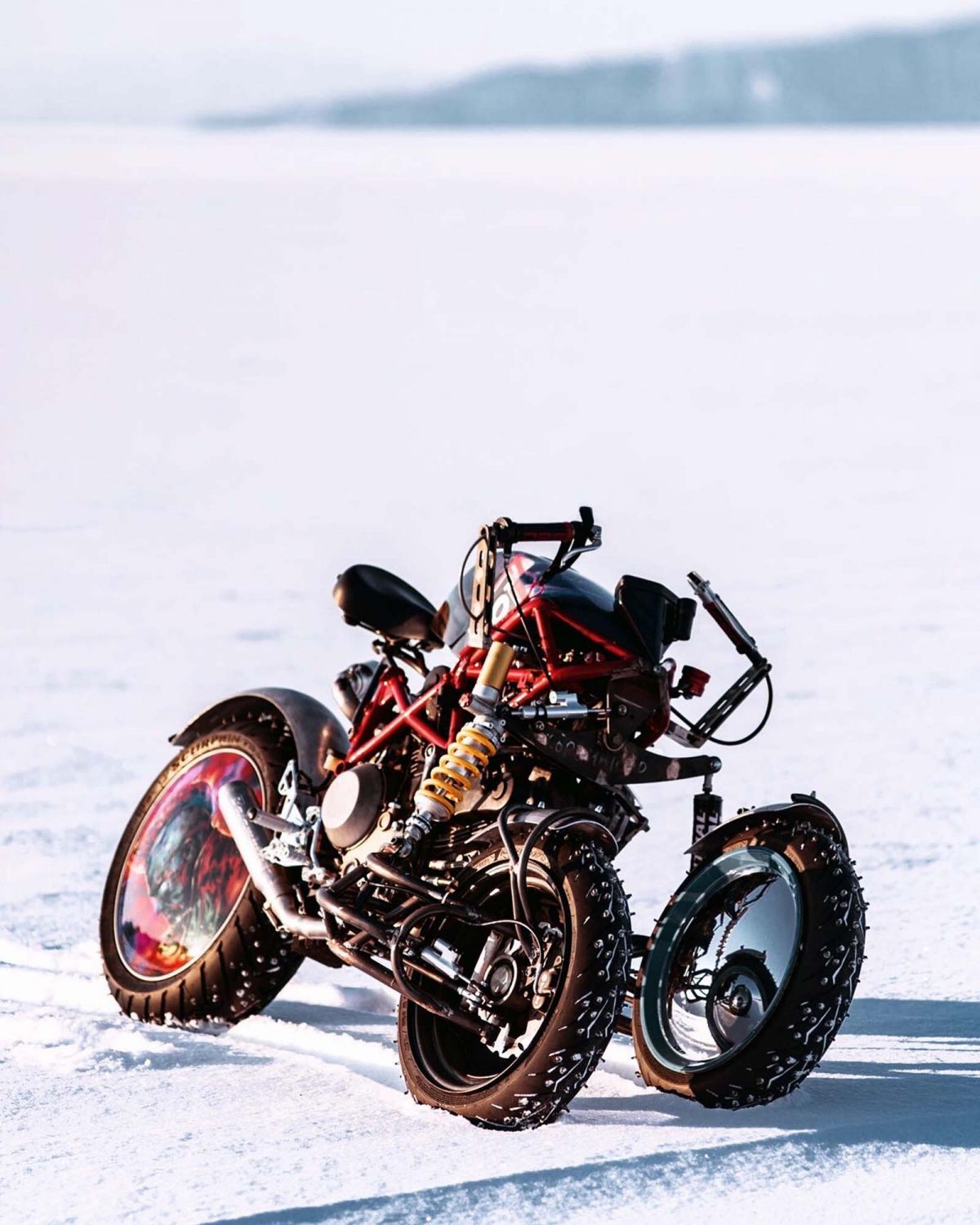