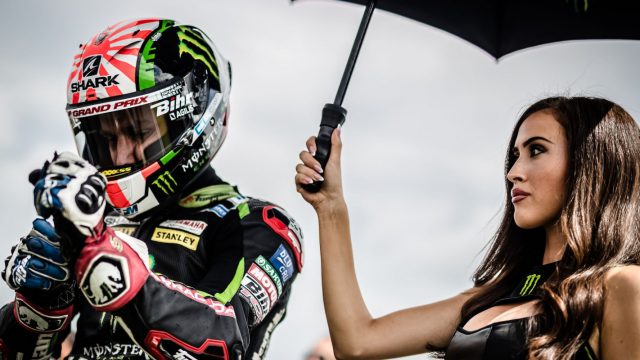 Johann Zarco inked a two-season contract with Red Bull KTM Factory Racing and will become Pol Espargaro’s teammate starting as of 2019. Zarco was crowned Rookie of the Year in 2017 and, after he stepped into the premier class ranks, has been a consistent presence on the front of the grid during the last races.

His performance could not pass unnoticed, and it looks like KTM were bold and quick enough to make the first move, even though the 2018 championship has just started. Most likely, they weren’t the only team eyeing a contract with one of the most promising new riders in MotoGP, but you know that it’s the early bird that gets the worm.

Pit Beirer, KTM Motorsports Director says that, for the past two seasons, KTM has been laying the groundwork for a bike that can eventually win, and now it’s time to get fresh blood on the team, riders that can make full use of the machine’s potential and develop it further.

Since Zarco has beaten satellite riders regularly, he has shown that he’s got the talent to take a team one step or even more further, provided he has the right machine for the job.

KTM’s immediate objective is not to put Zarco on the rostrum, but to develop a package strong enough to keep him in the same front running positions. Of course, the goal is a high-stake one, especially for KTM. However, the Austrians believe that Zarco’s experience aboard the Yamaha satellite machine will provide valuable insight that may help them put a bike on the front qualifying row, or have one leading a race.

Ahead of the Spanish Grand Prix at Jerez, Zarco is fifth in the MotoGP World Standing, with the same 38 points as Cal Crutchlow. Still, Crutchlow has the upper hand thanks to his victory in Argentina. If we were to compare the raw placements, the Frenchman sits better, with a series of 8th, 2nd and 6th in the first three races of the current season, compared to Crutchlow’s 4th, 1st, and 19th.

As a qualifier, Zarco is also better than Honda LCR’s rider, as well. The Isle of Man native qualified 4th, 10th and 7th, while the French has a pole position and two 3rd grids.

How well will Zarco feel on the KTM is hard to tell now, but watching is exploits aboard the Tech 3 Yamaha this year sounds more interesting, at least for now, especially because he truly has what it takes to win races.