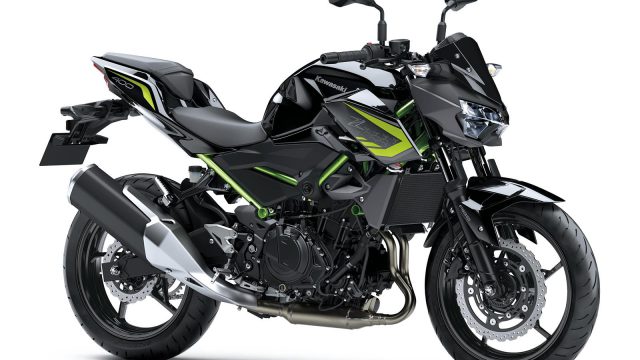 Kawasaki makes plans for hybrid motorcycles, readying for a new dawn in the bike industry

Hybrid motorbikes are yet to become mainstream, but Kawasaki’s recent patent may hint that this moment is indeed closer than we might think.

House Akashi is not the first of the big manufacturers to consider adding a hybrid machine to their stable, but their approach to this new segment indicates that they might be onto something that could make it to the streets rather sooner than later.

On of the most interesting details of Kawasaki’s patent is the positioning of the electric motor. Instead of choosig a hub motor like most e-bike manufacturers, Kawasaki went for a more compact idea, similar to what car makers use. The electric powertrain is placed right behind the gas-powered single-cyclinder, for a more compact weight distribution.

Of course, the main benefit is that the extra power from the electric motor can be seamlessly combined with that of the petrol engine, making boosting or choosing between either power unit quick and effortless. Basically, we’re talking about the same level of integration found in hybrid supercars, F1 cars and the like. 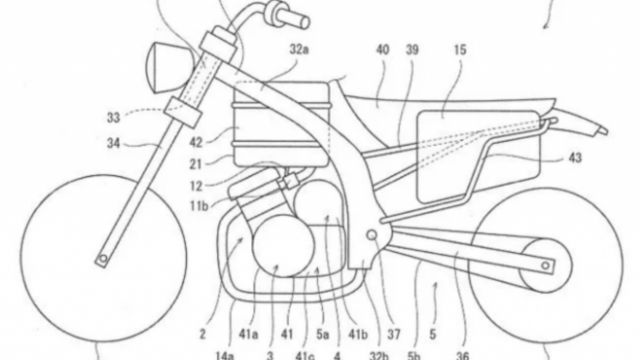 The fuel tank appears to have been relocated under the bike’s seat, while batteries are installed in its place. Kawasaki has toyed with the swappable battery packs idea before, so it wouldn’t surprise us to see this technology being used in the new hybrid motorcycle.

Questions about the displacement and power of the single-cylinder engine are quite legitimate, though. The patent is lacking any other details as to how the actual motorcycle will look like, but we guess its initial iteration might be a rather small one, fit for commuting. Still, Kawasaki’s recent supercharged exploits with the Ninja H2 and H2R may serve as a great basis for building a small, yet brawny engine.

It’s maybe a tad too late for this year’s EICMA, but with Kawasaki’s proven resourcefullness and strong engineering teams, we might just get a glimpse of a prototype this year, if we’re lucky.

And no, the bike photo in this piece’s header is not the hybrid machine, but the cool small-displacement model year 2020 Z400.