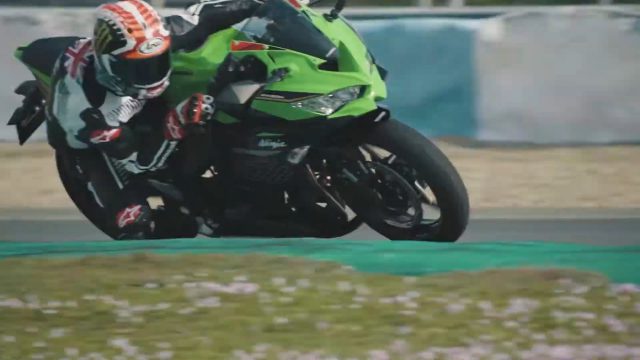 Revy, punchy and loud! This small-displacement sport bike knows how to make an entrance

WorldSBK riders Jonathan Rea and Alex Lowes take the upcoming Kawasaki ZX-25R for a spin on the Jerez track in Spain.

Kawasaki released a promo video for the new ZX-25R model. The bike is ridden by the five-time World Superbike Champion Jonathan Rea.

The Kawasaki ZX-25R features a 249cc inline-four engine which revs up to 17,000 rpm. Also, it has a tubular steel trellis frame. At the front, the bike is fitted with a Showa SFF-BP fork with a single radial-mounted brake calliper.

Revealed at the Tokyo Auto Salon in October 2019, the ZX-25R could be developed for the Asian markets before heading to the European motorcycle market.