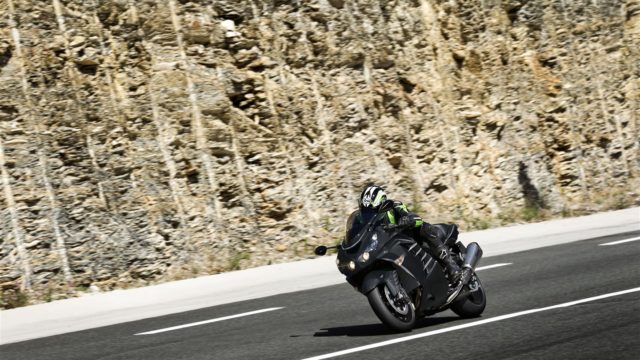 Kawasaki updated its sport-touring 200 hp rocket to be Euro 4 compliant. Bonus: a new dashboard and high-end Brembo brakes for the Performance Model.

The new hyper-sport tourer from Kawasaki meets the new European emission limits but keeps its whole 200 horsepower figure, due to the exhaust system updates.

Another highlight is the new instrumentation, but the great news comes from the “Performance Sport” model. It will have Brembo M50 mono-bloc brake calipers and an Ohlins TTX39 rear shock. Moreover, the inline-four cylinder engine will bark through Akrapovic silencers.

The engine has a 4 mm longer stroke that increases the displacement to 1.441 cc and offers more power in the mid-high range, according to Kawasaki. The Japanese engineers say that the acceleration is stronger from 4.000 rpm.

The headlight was slightly redesigned, the seat is new, and the two clocks have an LCD screen between them.

As for the electronics, the new ZZR has a three-level traction control and two power modes: full and low.

For those who want more, Kawasaki released a new Performance Sport model that has, besides the new brakes and the new rear shock, a slightly different look, due to the bubble screen.